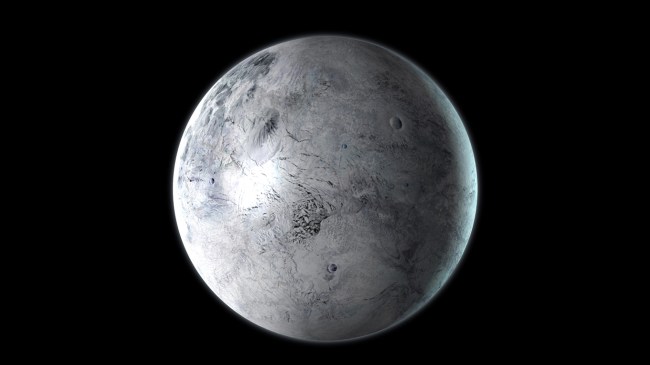 New findings and images of an asteroid in the asteroid belt have prompted astronomers to reconsider the space rock as a dwarf planet and not an asteroid.

In August of 2006, the International Astronomical Union (IAU) reclassified Pluto from a planet to a dwarf planet because it didn’t clear the neighborhood around its orbit thanks to the Kuiper Belt. New surveys from a powerful telescope may reclassify the Hygiea asteroid to a dwarf planet, providing Pluto a fellow dwarf planet.

New observations made by the Very Large Telescope (VLT) at the European Southern Observatory in the Atacama Desert of northern Chile provided scientists with new data, giving them a reason to declare the Hygiea asteroid as a dwarf planet. The new information states that Hygiea meets all of the requirements to be classified as a dwarf planet.

The 4th-largest asteroid in the Asteroid Belt might fit the qualifications of a dwarf planet (like Pluto).

A new study published in @NatureAstronomy shows the asteroid Hygiea has a spherical shape, one of the main classifications of a dwarf planet.

The new findings were published in Nature Astronomy by French astronomer Pierre Vernazza of the Laboratoire d’Astrophysique de Marseille under the title: “A basin-free spherical shape as an outcome of a giant impact on asteroid Hygiea.”

“Thanks to the unique capability of the SPHERE instrument on the VLT, which is one of the most powerful imaging systems in the world, we could resolve Hygiea’s shape, which turns out to be nearly spherical,” Vernazza said in a media statement. “Thanks to these images, Hygiea may be reclassified as a dwarf planet, so far the smallest in the solar system.”

There are four requirements for a celestial body to be classified as a dwarf planet according to the IAU:

After tapping into the new data from the VLT, Hygiea now meets all four of these requirements. Previously, Hygiea had never been observed with sufficient resolution to determine its size and shape.

“By comparing Hygiea’s sphericity with that of other solar system objects, it appears that Hygiea is nearly as spherical as Ceres, opening a possibility for this object to be reclassified as a dwarf planet,” the authors said in the new paper.

One day on Hygiea lasts for 13.8 hours, and it derives from a collection of 7,000 space objects of the same name. The Hygiea family of space rocks were created following a collision from over 2 billion years ago.

Hygiea, which was named after Hygiea (“Hygiene”), the Greek goddess of health, cleanliness, and sanitation, was discovered on April 12, 1849, in Naples, Italy, by astronomer Annibale de Gasparis.