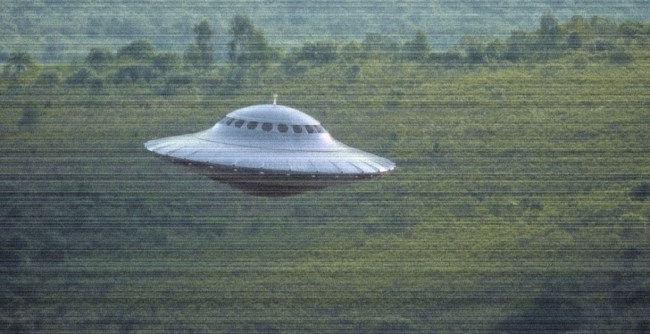 A new report by the Main Astronomical Observatory (MAO) of the National Academy of Sciences of Ukraine details two classifications of UFOs that have been spotted by two meteor stations located in Kyiv and Vinarivka village.

With Ukraine currently being a war zone, unidentified aerial phenomena or UAPs (as the US government prefers to call them) are, of course, to be expected in this day and age of advanced military technology.

However, these Ukrainian astronomers report that they have observed dozens of UFOs “that cannot scientifically be identified as known natural phenomena.”

“We observe a significant number of objects whose nature is not clear,” the researchers wrote in their report. “We see them everywhere.”

The astronomers broke the UFOs they observed into two categories.

The first they refer to as “Phantoms” or a UFO that “is a completely black body that does not emit and absorbs all the radiation falling on it.”

The second classification they use in their study is “Cosmics.” They defined those UFOs as “luminous objects, brighter than the background of the sky.”

It was also noted that these UFOs were often seen flying in groups and some of them were moving at very high rates of speed.

“Flights of single, group and squadrons of the ships were detected, moving at speeds from 3 to 15 degrees per second,” the astronomers wrote.

“Some bright objects exhibit regular brightness variability in the range of 10 – 20 Hz. Two-site observations of UAPs at a base of 120 km with two synchronized cameras allowed the detection of a variable object, at an altitude of 1170 km. It flashes for one hundredth of a second at an average of 20 Hz.”

The Ukrainian astronomers do not know, nor do they speculate, what these UFOs are, but that hasn’t stopped others from taking a guess

The U.S. Office of the Director of National Intelligence (ODNI) stated in a 2021 report, that it is likely that some of them are “technologies deployed by China, Russia, another nation, or a non-governmental entity.”

This study, the authors wrote, was implemented in response to NASA commissioning “a research team to study Unidentified Aerial Phenomena (UAP), observations of events that cannot scientifically be identified as known natural phenomena.”

Others speculate that the UFOs could just be missiles or “airborne clutter” such as birds, balloons, or just atmospheric anomalies.

More nefarious theories posit that these UFOs over the Ukrainian war zone are part of secret black projects being conducted by China or other interested nations.

Then again, with the United States Department of Defense admitting the existence of UFOs which are not “man-made” recently, perhaps it is someone else entirely who is observing all of the the human on human destruction.