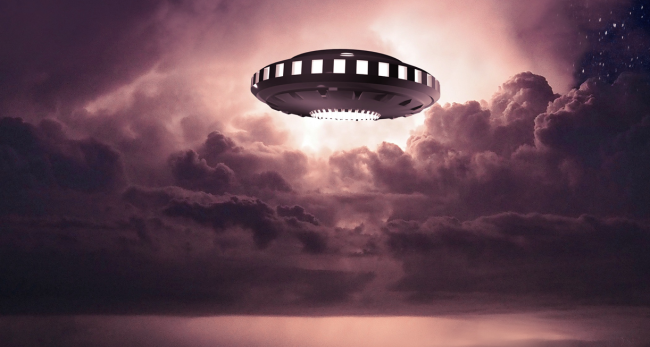 For decades, the United States government has done its best to shoot down just about any story related to UFOs. Now, however, with the advances in technology now available to American citizens to share and study these reports the cat is now out of the bag.

Average people, including private, commercial, and military pilots all over the world, are not only sharing their stories of UFO encounters more frequently than ever, they are often doing so with video evidence that gets spread far and wide on the internet.

That, along with the numerous current and former government employees and military personnel who have dealt with UFO cases coming forward, has caused the government to now make admissions it never would have made in the past.

In a Congressional addendum to the Intelligence Authorization Act for Fiscal Year 2023, lawmakers made revisions to their definition of a “UFO” to include objects that are not human in origin.

This new terminology was used in the report which stated that “temporary nonattributed objects, or those that are positively identified as man-made after analysis, will be passed to appropriate offices and should not be considered under the definition as unidentified aerospace-undersea phenomena.”

“It strains credulity to believe that lawmakers would include such extraordinary language in public legislation without compelling evidence,” Marik von Rennenkampff, a former United States Department of Defense official, wrote in a recent op-ed for The Hill. “Perhaps members have seen the classified sensor data that prompted former President Trump’s director of national intelligence to state that UFOs exhibit ‘technologies that we don’t have [and] that we are not capable of defending against.'”

Congress also stated in the report that “cross-domain transmedium threats to the United States national security are expanding exponentially.”

The government defined these transmedium threats as UFOs that can transition between space and the atmosphere, or between the atmosphere and bodies of water.

“Imagine that the new UFO office identifies a highly advanced drone flying in sensitive airspace,” von Rennenkampff continued. “Under the draft legislation, regardless of the drone’s origin – be it Chinese, Russian or otherwise – the UFO office must immediately stop investigating and hand the case over to another government entity.

“This implies that members of the Senate Intelligence Committee believe (on a unanimous, bipartisan basis) that some UFOs have non-human origins. After all, why would Congress establish and task a powerful new office with investigating non-‘man-made’ UFOs if such objects did not exist?

“Make no mistake: One branch of the American government implying that UFOs have non-human origins is an explosive development.”