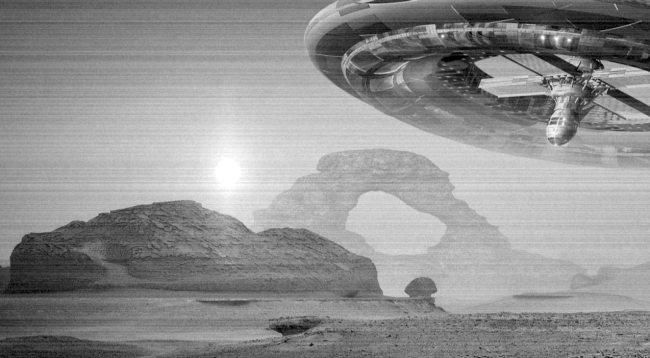 With Congress holding its first meeting on UFOs in more than 50 years on Tuesday and with more and more military veterans and former government officials coming forward, the lid has been lifted on the truth and it’s not going back on.

Everyone from Navy personnel to Air Force technicians and pilots to civilian pilots and airline passengers are now more than willing to risk the scorn that was previously associated with speaking out about UFOs.

Three such men, former cavalrymen in the United State Army, recently spoke to DailyMail.com about their experience in dealing with UFOs.

The three Army veterans claim that while stationed at a American military base in the Middle East in 2014 they saw eight bright objects in the sky over Sinai, hovering and flying at speeds they had never seen before.

The three cavalry scouts, who are trained in identifying aircraft, believe the objects they witnessed were of non-human origin.

One claims he was told ‘keep your mouth shut’ by a senior officer after word spread among his regiment about the sighting.

The men said they were afraid to make official reports about the incident for fear of being sent for a career-damaging psychological evaluation, and said there was no proper process to make such a report anyway.

Engram says the incident had him “scared s—less” by the craft in the sky that “appeared to be spinning, as smaller lights emerged from it, which seemed to spiral like fireworks,” reports DailyMail.com.

Another outpost, located 200 miles away, also said they had seen the object in the sky.

“I would describe it as a big object with several smaller objects, which appeared to be communicating, or scuffling, like a dogfight in the air. We knew it wasn’t our military and it was baffling,” said Bingham.

“The objects were glowing – you could clearly see them with the naked eye, and it was clear how fast they were moving.

“To this day, I’ve never seen anything like the craft, covering such distance with extreme speeds.”

Singh said he tried to identify the UFO using night vision goggles, but said that the edges of the UFO seemed blurry.

“The craft and smaller objects began moving like fireflies, left, right, up and down,” he said.

“I cannot imagine any military that has this type of technology. We’re talking u-turns while at hypersonic speeds.”

He estimated the craft was traveling at several thousand miles per hour.

Bingham said that because they never could identify what the craft was they couldn’t officially report it.

“We could have reported an aircraft sighting, but how could we have described the fuselage when it had none?” he pointed out.

Hopefully, now that Congress appears to be taking UFO sightings such as these more seriously, future military personnel won’t run into that problem.