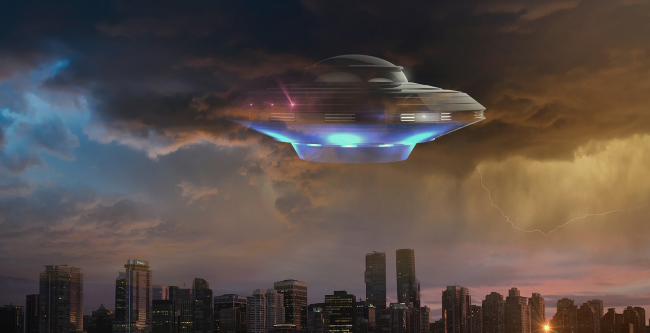 The FBI has confirmed that an American Airlines flight, an Airbus A320, flying at 36,000 feet from Cincinnati to Phoenix had a near miss encounter with a UFO.

According to a report published this week by Daily Star, flight AA 2292 was flying over New Mexico last year when the pilot reported seeing a long cylindrical object “that almost looked like a cruise missile type of thing – moving really fast right over the top of us.”

American Airlines later confirmed the pilot’s UFO encounter with a statement which read, “Following a debrief with our flight crew and additional information received we can confirm this radio transmission was from American Airlines Flight 2292 on February 21.”

However, the Federal Aviation Administration stated that air traffic controllers “did not see any object in the area on their radarscopes.”

The FBI stated that it was “aware of the reported incident”

While admitting that the report did occur, FBI spokesperson Frank Fisher would only say about the UFO encounter with American Airlines flight AA 2292, “While our policy is to neither confirm nor deny investigations, the FBI works continuously with our federal, state, local, and tribal partners to share intelligence and protect the public.”

The American Airlines flight was traveling near the U.S. Army’s White Sands Missile Range at the time and the pilot wondered if what he encountered was a missile target.

That theory was debunked by Scott Stearns, public affairs chief of White Sands Missile Range, who said, “We have no idea what it could have been or if anything similar has been sighted in that area before.”

On Sunday, one anonymous pilot told the Daily Star Sunday, “When someone says UFO everyone thinks they are referring to aliens but that is not always the case, especially with the surge in drone activity.

“Most pilots will use phrases like unidentified traffic or aerial phenomena. No one wants to say UFO. If you say UFO people think you are either drunk, on drugs or nuts.”

Another stated, “Encounters are reported internally and amongst colleagues and seldom reach the media.

“When you are fortunate to be a close witness, it is really quite serious stuff. There are advantages in having an office window at 37,000 feet.”