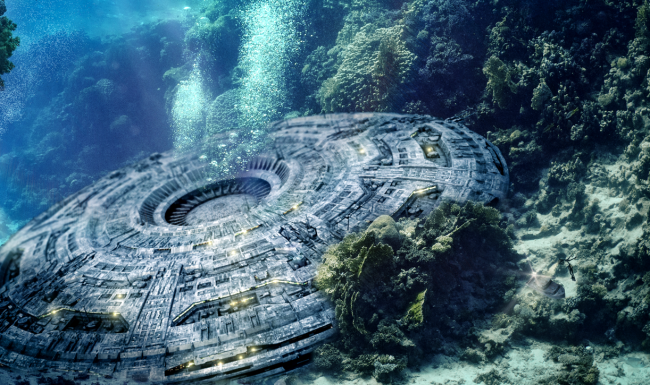 Harvard astrophysicist Avi Loeb is planning a $2.2 million expedition to determine if a meteor that crashed near Australia is really a UFO.

The supposed meteor crashed into the southwestern Pacific Ocean in 2014 about 100 miles off the coast of Papua New Guinea near Australia.

“The material of it is tougher than iron, based on the data, so the question is whether it’s just an unusual rock or perhaps a spacecraft from another civilization,” Loeb, chairman of Harvard’s Department of Astronomy from 2011 to 2020, told Sunrise.

“I was able to receive full funding for this expedition to Papua New Guinea and we will scoop the ocean floor and figure out the composition of the object.”

The meteor in the Pacific Ocean is just the third known interstellar object of its kind on Earth and predates any previously known material from solar systems other than ours.

One of the others, Loeb believes, is extraterrestrial alien technology that visited Earth in 2017.

Back in 2018, Loeb and Stephen Hawking were seriously investigating at the possibility whether that object could, in fact, be an alien spaceship.

Loeb explained that scientists want to classify objects such as this as a comet or an asteroid because that’s basically all they know.

“What would happen if a caveman saw a cellphone?” Loeb said to the New York Post in 2021. “He’s seen rocks all his life, and he would have thought it was just a shiny rock.”

Is the supposed meteor in the ocean near Australia really part of a UFO?

As far as the object in the Pacific Ocean near Australia, Loeb told Sunrise, “We know that most of the stars, were formed five billion years before the Sun.

“Even if they were propelled by chemical rockets … out of cosmic modesty we should assume that we are not the smartest kid in our cosmic neighborhood, and we can learn from them,” he continued.

“The only way to find out is we just need to look up, and down, as well in the ocean floor.”

In the past, Avi Loeb claimed that, based on his research, there could be as many as a quadrillion alien spacecrafts traveling throughout our solar system.

He has also put forth the theory that our universe may have been formed in a lab by an “advanced technological civilization.”