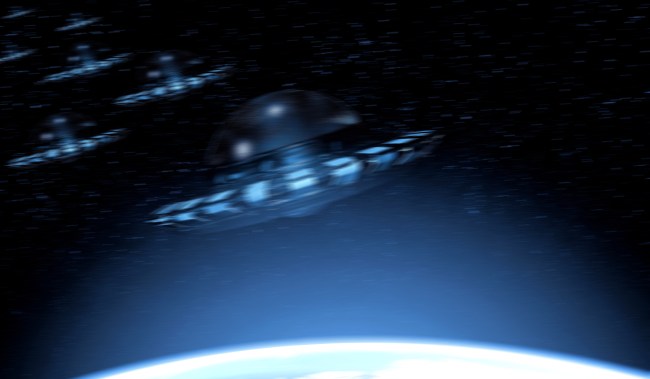 One of the world’s most renowned astronomers, Avi Loeb, a professor at Harvard University, now claims that, based on his research, there could be as many as a quadrillion alien spacecrafts traveling in our solar system.

You may recall Loeb from such articles as “New Study Suggests Interstellar Space Rock Oumuamua ‘Could Have Been Sent By Aliens'” and “Harvard Astrophysicist Says Alien Tech Visited Earth In 2017 – And It’s Just The Beginning.”

In a recent interview with New Statesman, Loeb, the former chair of Harvard’s astronomy department, states his belief that space rocks like the aforementioned Oumuamua, which he believes is actually alien technology, are just the beginning.

Loeb claims that with technological advancements such as the new telescope at the Vera C. Rubin Observatory in Chile, which will commence taking its first photos of space this year, and the Perseverance rover that will land on Mars on February 18th, we should be able to “find one such object every month because, you know, there should be many more out there.”

If we see one every few years, Loeb infers that “there should be one in every volume roughly the size of the orbit of the Earth around the sun”. This is a vast area in human terms, but in the immensity of space, “it’s pretty small. So it means that there are plenty of them, a quadrillion of them, inside the Oort cloud. Inside the solar system. There are lots of them.”

If, as Loeb claims, “we are a middle-of-the-road kind of life that exists everywhere,” and that we are not “special or unique” then it only stands to reason that objects like Oumuamua are not unique either.

But a quadrillion? I suppose it is possible. Space is pretty big, after all.