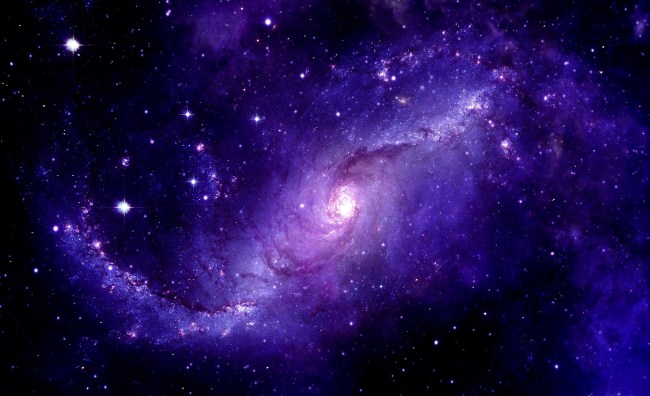 For several years now, there have been some strange radio signals emanating from deep space, known in the astronomy community as fast radio bursts.

Four years ago, Harvard astrophysicists hypothesized that these extragalactic fast radio bursts (FRBs) could be emanating from alien spacecraft.

Two years ago, more mysterious repeating signals were believed to have been coming from 1.5 billion light years away and again it was hypothesized that it could be aliens that were creating it.

A few months later, astronomers discovered what was then the closest repeating signals (FRBs) in space emanating from a massive spiral galaxy about 500 million light years away from Earth.

And then a few months after that, astronomers discovered another strange radio signal emanating from deep space that repeats itself every 16 days.

All of these signals, or FRBs, lend themselves to the conclusion that “we are not alone.”

Now, three studies recently published in the journal Nature reveal astronomers have been able to track some of these mysterious space radio waves to a source within our Milky Way galaxy.

IFLScience! reports that these three studies “have confirmed this event took place from a magnetar – a type of neutron star with an incredible magnetic field.”

“We calculated that such an intense burst coming from another galaxy would be indistinguishable from some fast radio bursts, so this really gives weight to the theory suggesting that magnetars could be behind at least some FRBs,” study co-author Pragya Chawla said in a statement.

The second study, from the STARE2 team, agrees with the CHIME findings and explores the mystery of its energy. FRB 200428 is 3,000 times more energetic than any radio pulses seen from the Crab Nebula, which was the record holder for the most energetic radio outbursts in the Milky Way. At the same time, it is 30 times weaker than the weakest extragalactic FRB discovered yet.

“There’s this great mystery as to what would produce these great outbursts of energy, which until now we’ve seen coming from halfway across the universe,” Professor Kiyoshi Masui, who led the CHIME team’s analysis of the FRB’s brightness, said in a statement. “This is the first time we’ve been able to tie one of these exotic fast radio bursts to a single astrophysical object.”

The researchers were able to link the FRB to the magnetar due to the magnetar’s activity. It was blasting out X-rays in bursts, so it would be an incredible coincidence if these two events from the same region in the sky were unrelated. The emission also had a gamma-ray component, adding to suggestions of a link between short gamma-ray burst emissions and FRBs.

The Verge explains further what exactly a “neutron star” is, defining it as “a super dense leftover that forms when a massive star, bigger than our own Sun, collapses in on itself.”

The difference with this particular neutron star is that it is a magnetar, which “hosts an incredibly powerful magnetic field that stores mind-boggling amounts of energy, capable of distorting the shapes of atoms.” 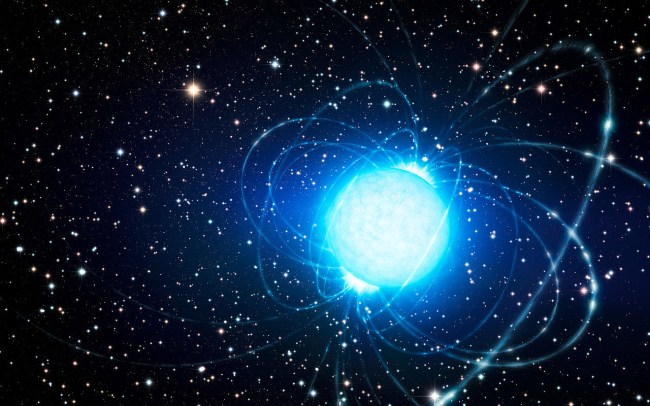 “They’re these very mysterious signals, and we don’t have a really good idea of what’s producing them or what the physics is behind it,” Kiyoshi Masui, an assistant professor of physics at MIT, told The Verge.

But astronomers aren’t proclaiming the mystery behind FRBs solved just yet. For one thing, astronomers continued to monitor the magnetar as it burped up more X-rays and gamma rays, but those follow-up events didn’t match up with any significant radio wave bursts. Plus, this burst was still relatively weak compared to other FRBs we’ve seen. It’s actually 1,000 times weaker than the weakest FRB spotted coming from outside our galaxy. So the mechanics at play are still not fully understood.

The good news is astronomers have some pretty good suspects to probe. Not only can they continue to study this one magnetar, but there are around 30 other known magnetars that will probably get a lot of extra attention now. And astronomers might focus on finding FRBs in other galaxies where magnetars are suspected to be. That could give us a better understanding if this one event was an offshoot — or the final piece of the FRB puzzle.

Aliens, as we well know by now, are masters of camouflage, though they have been slipping up a bit of late, could very well behind these “zombie” stars, either using them as a base or just kind of superpowered antenna to communicate with one another.

After all, if Elon Musk is going to have his own cell phone service on Mars once he colonizes it and declares himself ruler, is it really a stretch to imagine technologically superior extraterrestrials doing much the same thing?

• NASA announces water has been discovered on the moon, bringing us one step closer to proof of alien existence
• Former Senate Majority Leader Harry Reid reveals ‘UFOs interfered with U.S. nuclear program’ in new documentary
• Three lakes found beneath surface of Mars could be home to alien life on the red planet
• Japanese defense minister issues official protocols to military for UFO encounters; do they know something?
• Signs of life found on Venus? Alien bio-signature discovered by astronomers on Earth’s ‘twin’
• New study says microscopic aliens may have been visiting Earth, and multiplying, for centuries
• New study suggests interstellar space rock Oumuamua ‘could have been sent by aliens’
• Landmark new research claims evidence of alien life may exist under ancient ice sheets on Mars
• Ex-Pentagon UFO program astrophysicist admits examining ‘vehicles not made on this earth’