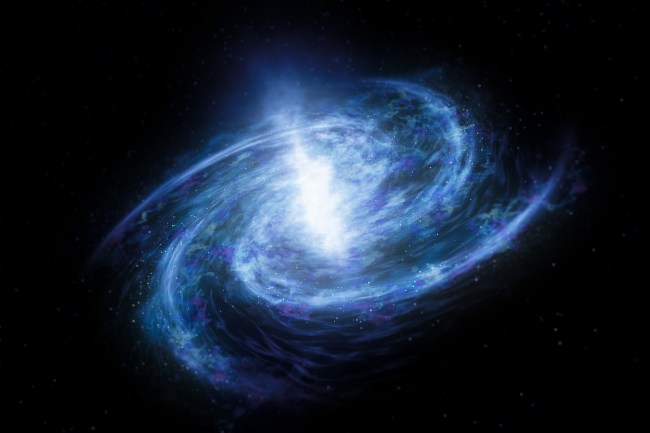 Astronomers discovered the closest repeating signals in space, and it is coming from a nearby galaxy that is similar to the Milky Way Galaxy. Scientists released a new report that fast radio bursts (FRBs) are emanating from a massive spiral galaxy about 500 million light-years away from Earth.

A new study published in Nature on Monday by an international team of scientists, were able to locate where these repeating FRBs are coming from.

The FRB 180916 originates at the “apex of the v-shaped star-form-ing clump.” The “v-shaped star-forming clump is a remarkable feature of the galaxy, suggesting the possibility that the region has undergone an interaction that triggered the star formation, either between multiple star-forming regions or conceivably involving a putative dwarf satellite companion,” according to the scientific study.

FRB 180916 is “is by far the closest well-localized FRB to date—about six times closer compared to FRB 121102,” according to the study’s author Jason Hessels, from the Netherlands Institute for Radio Astronomy. “Whereas FRB 121102 had an associated persistent radio source—which has been hypothesized to represent a surrounding nebula or nearby black hole—we see no such source near FRB 180916.”

RELATED: Mysterious Signal Detected From An Unknown Source In Deep Space Unlike Any Other Ever Recorded

“We know that this is a star-forming region because we measured ionized gas at that location—and the source of ionization (energy) is consistent with coming from young stars,” Hessel told Newsweek. “The ‘v’-shape of this region is quite odd … one speculation is that it could be a disrupted satellite dwarf galaxy of the spiral galaxy. If so, that could be a way to make the situation more similar to what we saw with FRB 121102, but currently that’s a very shaky hypothesis.”

The astronomy team who discovered FRB 180916 hope to use the Hubble Space Telescope in order to get a more exact location of the source. “Since it’s so nearby we can dig deep with our best optical, X-ray, and gamma-ray telescopes and try to distinguish between competing models by detecting emission at other wavelengths,” Hessels said.

RELATED: Britain’s First Astronaut Says Aliens Definitely Exist And They Could Already Be Among Us

Typically, fast radio bursts are detected after they passed Earth, and astronomers review astronomical data. Scientists believe the non-repeating FRBs are created by cataclysmic events such as the collapse of a black hole, imploding pulsars, or colliding neutron stars.

In 2007, the first FRB ever discovered by Duncan Lorimer and his student David Narkevic. They found the fast radio bursts were found by examining archival data taken by the Parkes radio dish in Australia from 2001. The phenomenon was named Lorimer Burst FRB 010724. Fast radio bursts are designated as “FRB YYMMDD.”

RELATED: Russia Plans To Build A Base On The Moon To Track Asteroids On A Collision Course With The Earth

The first repeating fast radio burst, FRB 121102, was discovered in 2017. The source from this space signal was tracked to a dwarf galaxy 3 billion light-years away. In the extremely short history of fast radio bursts, there have only been 100 FRBs discovered by humans, and there has only been a handful of FRBs that have repeated their signals.

However, scientists are finding FRBs at a higher rate in recent years thanks to advancements in astronomy equipment such as the Canadian Hydrogen Intensity Mapping Experiment (CHIME) radio telescope located in the mountains of British Columbia.

CHIME recorded a bizarre fast radio burst named FRB 180725A about 12 months ago. This signal was exceptionally odd because it was such a low frequency. The signal had a frequency of 580 megahertz, and since tracking FRBs, and at the time, there had never been a fast radio burst detected that was below 700 MHz.

Then there are some people who want to believe that FRBs are alien communications from other solar systems and galaxies. Let’s hope that it’s just harmless radio signals.