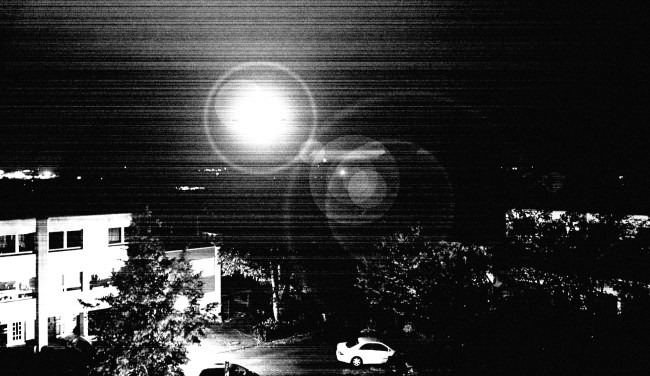 Not only are aliens becoming less and less concerned about concealing their presence as they monitor Earth, now they’re just letting bits of their spacecrafts be discovered with hardly a care in the world.

At least that’s what is being speculated about a what is claimed to be a giant piece of burning space debris that crashed in the Dominican Republic earlier this month.

Wow, this thing is huge and still burning. Look at that fire in the opening as you watch the video. It’s just amazing that this thing didn’t kill someone when it fell.

Notice the corned [sic] all around it had caught on fire and the people had put it out.

Is this object a man made rocket part? There is a high probability of that, but if its man made, why didn’t NASA or some other agency warn the public in that area of the world?

Because there was no warning…I believe there is a big probability of this being alien technology.

If this was from one of the SpaceX rockets…Elon Musk would have warned people in that area of the world. Elon would not just ignore something that big and dangerous to harm someone. So it can’t be SpaceX.

So…is it a rocket part? If so…which country is responsible for it? If not…then it’s 100% alien technology.

I think we all know why NASA hasn’t said anything. That much has been made abundantly clear over the years.

Perhaps, as has been theorized in the past with the ongoing pandemic, these aliens crashed (or placed) this piece of spacecraft in the Dominican Republic just to see how we Earthlings would react. Yet another round of assessing human capabilities to understand and deal with catastrophic events before they launch their invasion.

One person who watched the video asked, “My question is, wouldn’t an object of that size create a large crater from impact?”

And the answer is, of course, not if aliens didn’t want it to.

• UFO sighted over Texas that ‘shot away’ at high speed was ‘100% an alien craft’ says expert
• NASA announces water has been discovered on the moon, bringing us one step closer to proof of alien existence
• Fleet of UFOs caught on camera over California: ‘Something big is going on’
• Former Senate Majority Leader Harry Reid reveals ‘UFOs interfered with U.S. nuclear program’ in new documentary
• Three lakes found beneath surface of Mars could be home to alien life on the red planet
• Japanese defense minister issues official protocols to military for UFO encounters; do they know something?
• Signs of life found on Venus? Alien bio-signature discovered by astronomers on Earth’s ‘twin’
• New study says microscopic aliens may have been visiting Earth, and multiplying, for centuries
• New study suggests interstellar space rock Oumuamua ‘could have been sent by aliens’
• Landmark new research claims evidence of alien life may exist under ancient ice sheets on Mars
• Ex-Pentagon UFO program astrophysicist admits examining ‘vehicles not made on this earth’