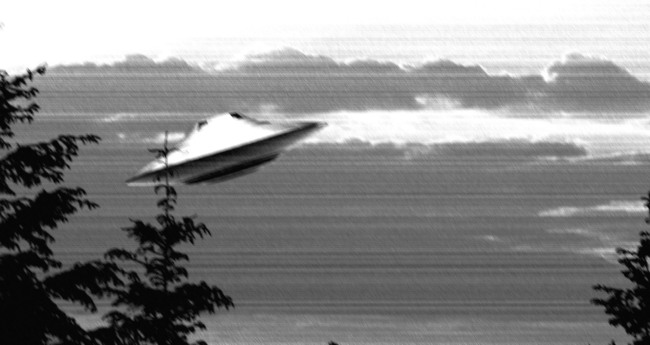 With news this week about NASA discovering water on the moon there is renewed hope that the proof of alien existence is inching closer and closer to our grasp.

As we have pointed out several times recently, aliens aren’t even making a decent effort to hide their presence these days. The number of UFO sightings, even by famous people like Miley Cyrus and Demi Lovato, let alone the dozens reported weekly on the internet by average citizens has been growing exponentially.

This latest UFO sighting, reported to have happened on Oct. 23, 2020 in Frisco, Texas, is yet more reason for people like former Senate Majority Leader Harry Reid and others in governement to begin to come clean with regard to their knowledge about aliens and alien technology.

I was at a stop light and looked up to see a metal sphere shape moving right under the clouds in a fast steady direction – the object seemed to have a green light coming from it whether it be an aura or steady lights I can’t say, I just know I noticed it being a metal ball and there was green on it or around it shining.

I tried to video it but my video didn’t record it and I almost got in a wreck so I had to move on and pulled over and when I looked back up it was gone!

Later in the day I kept looking up obsessively to try and spot it again and saw a white glowing orb just hanging out in the sky above me and I was able to film that however that wasn’t nearly as exciting as seeing what I saw at the stoplight but regardless both sightings by me in one day!

So my video is of second sighting with the basic white glowing orb but not the cool sphere unfortunately. 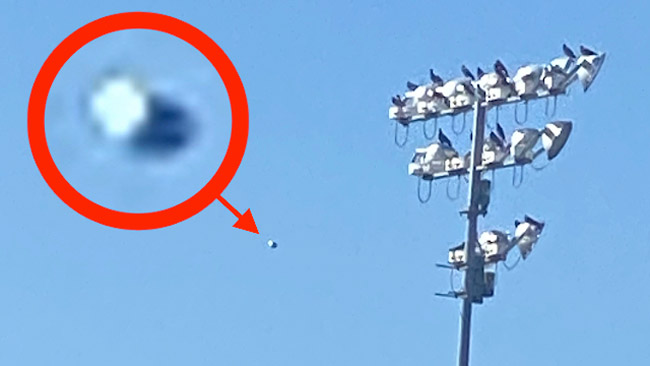 This Texas UFO sighting and the related video caught the attention of prolific UFO and alien expert Scott Waring, who wrote about the UFO sighting on his website.

“This UFO report just came in. It included a video and photo of the object,” he wrote.

“What really surprised me is that the object was seen and followed for a few seconds, the the UFO seemed to realize it was being recorded and shot away at high speed in the opposite direction. Great video of the incredible maneuverability of UFOs.

“Also the photo itself has a cross like shape to it from the side…very strange.

“The video is fantastic and terrific evidence, but its the high detailed photo that confirms its 100% an alien craft.”

“A couple of weeks ago I also filmed the same type, but in Kyrgyzstan. It also shone and moved in the same way,” wrote one viewer.

“I saw something similar yesterday in Turkey,” commented another.

• NASA announces water has been discovered on the moon, bringing us one step closer to proof of alien existence
• Fleet of UFOs caught on camera over California: ‘Something big is going on’
• Demi Lovato says she’s been communicating with aliens, shares proof
• Miley Cyrus says she once made eye contact with an alien inside a UFO
• Former Senate Majority Leader Harry Reid reveals ‘UFOs interfered with U.S. nuclear program’ in new documentary
• Three lakes found beneath surface of Mars could be home to alien life on the red planet
• Japanese defense minister issues official protocols to military for UFO encounters; do they know something?
• Signs of life found on Venus? Alien bio-signature discovered by astronomers on Earth’s ‘twin’
• New study says microscopic aliens may have been visiting Earth, and multiplying, for centuries
• New study suggests interstellar space rock Oumuamua ‘could have been sent by aliens’
• Landmark new research claims evidence of alien life may exist under ancient ice sheets on Mars
• Ex-Pentagon UFO program astrophysicist admits examining ‘vehicles not made on this earth’