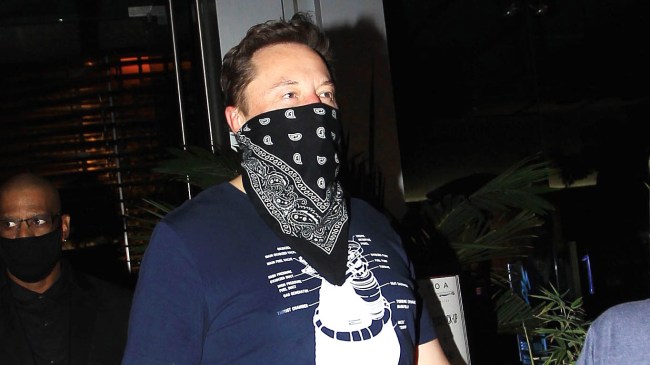 Does Elon Musk seem trustworthy to you? Sure, the SpaceX and Tesla founder is extremely smart and very creative. That’s how he got to be a billionaire. But is he trustworthy?

When Musk says artificial intelligence will overtake humans within the next five years, do you believe him? After all, this is the same guy who is working on a chip that will let you stream music directly into your brain.

Musk named his new son X Æ A-12 for cripe’s sake, and the baby’s mother Claire Boucher, who has been known better as singer Grimes, just changed her stage name to the letter “c” – as in the speed of light.

And now he is flooding the Earth’s atmosphere with 42,000 Starlink satellites that he claims is being done so that the nearly half of the world’s population that currently does not have access to the internet will be able to use it. (His company, SpaceX, also just so happens will make $30 to $50 billion a year if he can pull off his “charitable” plan.)

These same satellites are going to further clog things up in our atmosphere to the point where there is so much junk floating around Earth it may limit our ability to travel the galaxy in the future. In fact, there is already so much debris floating around in space that trying to keep it from slamming into and damaging things like the International Space Station has become a full-time job.

Musk is also determined to colonize Mars, despite the fact that scientists and astromers now say there are 24 other “super habitable” planets out there in space with potentially better conditions than Earth.

He admitted recently that he is still in the process of building a self-sustaining city on Mars by the year 2050, despite the fact that in the same discussion he admitted that the first settlers on Mars will more than likely die.

“I want to emphasize that this is a very hard and dangerous, difficult thing, not for the faint of heart,” said Musk. “Good chance you’ll die, it’s going to be tough going, but it will be pretty glorious if it works out.”

A quick look at a closed beta version of the Starlink terms of service agreement that has been making the rounds on the internet the past couple of days and Musk’s real plan becomes a bit more clear.

He wants to be King of Mars.

The following statement was discovered in Section 9 of the alleged Starlink Terms of Service that Musk’s company plans to use on Mars.

For Services provided to, on, or in orbit around the planet Earth or the Moon, these Terms and any disputes between us arising out of or related to these Terms, including disputes regarding arbitrability (“Disputes”) will be governed by and construed in accordance with the laws of the State of California in the United States. For Services provided on Mars, or in transit to Mars via Starship or other colonization spacecraft, the parties recognize Mars as a free planet and that no Earth-based government has authority or sovereignty over Martian activities. Accordingly, Disputes will be settled through self-governing principles, established in good faith, at the time of Martian settlement.

Did you catch that? “No Earth-based government has authority or sovereignty over Martian activities.”

Needs to be such that anyone can go if they want, with loans available for those who don’t have money

Yes. There will be a lot of jobs on Mars!