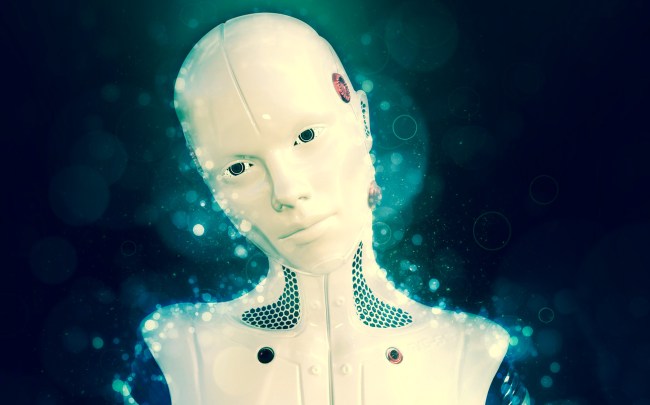 I’ve got some bad news, folks. The impending robot apocalypse we’ve been worried about? Yeah, it’s going to happen sooner than we previously thought. At least it is if Elon Musk’s recent prediction regarding the advancements being made in artificial intelligence come true. Hope you’re ready for some real life Westworld stuff to start happening. Which in a weird way makes sense since Musk’s ex-wife (twice) Talulah Riley played a killer robot on the show.

That’s right. The same guy who is working on a chip that will let you stream music directly into your brain (what could possibly go wrong with that?), and once called the commercialization of artificial intelligence “our biggest existential threat,” thinks our days as the smartest species on the planet are very numbered.

So in addition to robots and artificial intelligence being more dextrous, more agile, more perceptive, more deadly, and more insane than actual people, soon they’ll also be smarter than us.

We’re so screwed, and we have no one to blame other than ourselves.

In a recent interview with the New York Times, Musk explained how he sees artifical intelligence overtaking humans in the near future.

Mr. Musk was painted as a Luddite, “hysterical” in the estimation of Mr. Zuckerberg, for what his friends called “Elon’s crusade,” his proselytizing that we should figure out safety features for A.I. before it gets smarter than us.

He may not be as fortissimo about it, but he still feels passionately about “the A.I. warning drama game,” as he dryly put it. In the past, talking about A.I. turning on us, he has used the Monty Python line, “Nobody expects the Spanish Inquisition.”

He adds that working with A.I. at Tesla lets him say with confidence “that we’re headed toward a situation where A.I. is vastly smarter than humans and I think that time frame is less than five years from now. But that doesn’t mean that everything goes to hell in five years. It just means that things get unstable or weird.”

He said his “top concern” is DeepMind, the secretive London A.I. lab run by Demis Hassabis and owned by Google. “Just the nature of the A.I. that they’re building is one that crushes all humans at all games,” he said. “I mean, it’s basically the plotline in ‘War Games.’”

Musk is right. That… sounds bad.

Read more about Musk’s thoughts on the future of artificial intelligence, and about a dozen other topics, over at the New York Times.

Related…
• Artificial intelligence can now recreate videos people are watching by reading their minds
• On today’s episode of ‘we’re totally screwed’, a robot has learned to act and will star in a movie
• Sex robots could sexually assault humans because of all-too-realistic AI, according to computer science professor
• Humans one day soon will emotionally bond, fall in love and marry robots, claims philosopher
• Massachussetts police secretly used robot dogs for three months so the countdown to the robot uprising has begun
• Boston Dynamics robots have figured out how to work together and I guess humanity had a pretty good run
• Oh hell no, now there’s a robot that bleeds, breathes, pees, and has a pulse? We’re all so f**ked
• Elon Musk is planning on having cyborgs living side-by-side with humans in the near future
• Robots can now solve a Rubik’s Cube, one-handed, in their latest step towards becoming our new overlords
• New study says robots will soon be able to recognize human emotions, which will be very helpful when their uprising begins
• The Marines are turning to artificial intelligence to combat enemies’ most deadly weapons
• These more than 25 creepy ways robots are becoming more human spells doom for us all