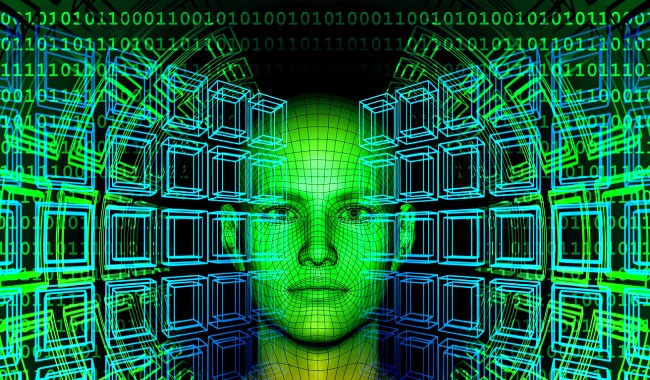 Does artificial intelligence frighten you? Because it should. Elon Musk, who knows way more than most of us about such things (too much, in fact), said in the 2018 documentary Do You Trust This Computer?, for artificial intelligence “there will be no death, it would live forever and then you have an immortal dictator from which we could never escape.”

Also in 2018, while speaking about artificial intelligence at a SXSW tech conference in Austin, Musk said, “I think the danger of AI is much greater than the danger of nuclear warheads by a lot and nobody would suggest that we allow anyone to build nuclear warheads if they want. That would be insane. And mark my words, AI is far more dangerous than nukes. Far. So why do we have no regulatory oversight? This is insane.”

If not, here’s a little tale to roll around in that melon of yours.

According to a recent report by New Scientist, artificial intelligence is getting ridiculously close to being able to read human beings’ minds.

Grigory Rashkov at Russian research firm Neurobotics and colleagues trained an AI using video clips of different objects and brainwave recordings of people watching them. The recordings were made using an electroencephalogram (EEG) cap and the video clips included nature scenes, people on jet skis and human expressions.

The AI then tried to categorise and recreate the videos from the EEG data alone. In 210 out of 234 attempts the AI successfully categorised each video, by providing tags such as waterfalls, extreme sports, or human faces.

It’s not full-blown telepathy, as you can see. At least not yet. But it is getting closer. Too close.

In 2017, which is like a century in technology years, scientists at Carnegie Mellon University were said to have given artificial intelligence the ability to use algorithms to decode signals in the human brain. As a result, the AI was able to “understand complex events, expressed as sentences, and semantic features, such as people, places and actions, to predict what types of thoughts are being contemplated,” according to a World Economic Forum report.

Why was the World Economic Forum writing about this subject?

Because, as they wrote in the same article, “there are fears we could develop killing machines that operate at the speed of human thought.”

And we come full circle.

Related…
• Humans one day soon will emotionally bond, fall in love and marry robots, claims philosopher
• Massachussetts police secretly used robot dogs for three months so the countdown to the robot uprising has begun
• Boston Dynamics robots have figured out how to work together and I guess humanity had a pretty good run
• Oh hell no, now there’s a robot that bleeds, breathes, pees, and has a pulse? We’re all so f**ked
• Elon Musk is planning on having cyborgs living side-by-side with humans in the near future
• Robots can now solve a Rubik’s Cube, one-handed, in their latest step towards becoming our new overlords
• New study says robots will soon be able to recognize human emotions, which will be very helpful when their uprising begins
• The Marines are turning to artificial intelligence to combat enemies’ most deadly weapons
• These more than 25 creepy ways robots are becoming more human spells doom for us all