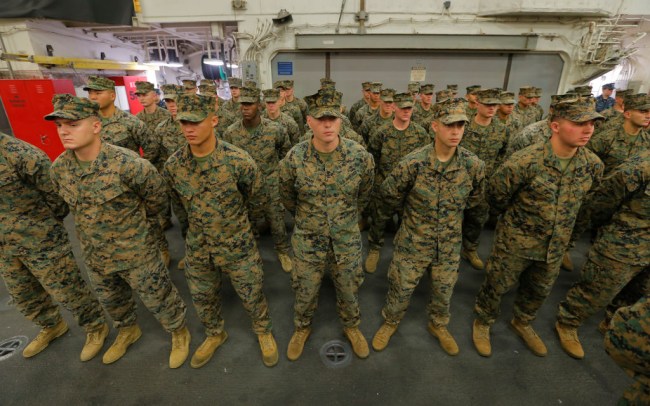 The Marines want in on the artificial intelligence game.

A recent posting on the government website fbo.gov indicates that the Marine Corps Rapid Capability Office is looking for autonomous and artificial-intelligence technology to “detect, analyze and neutralize” explosive ordinance in very shallow water and the surf zone.

According to Marine Times, the Corps is requesting three prototypes for evaluation that could include remotely operated vehicles, unmanned underwater vehicles and aerial drones combined with sensors to detect explosive devices. The systems must be capable of sniffing out the device at depths from less than 10 feet in the surf down to 40- to 200-foot range.

The submitted prototypes must also be able to use geolocation information to mark explosive devices to within a meter in places where communications and GPS are unusable.

The ask comes in the wake of militaries around the world amping up their amphibious operations. The Marine Times reports that Chinese maritime doctrine and technological developments have increasingly included strategies to plant sea mines in ocean chokepoints.

Rudimentary naval mines have dotted the waters off the coast of Yemen, planted by the Houthi rebels to shut off shipping and movements of the national Army and the Arab coalition.

According to Business Insider, since the end of World War II “sea mines have destroyed or damaged more US Navy ships than any other weapon.”