Oh Nice, The Boston Dynamics Robot Can Now Hunt You In The Woods And Looks Like It Could Start For The Cleveland Browns 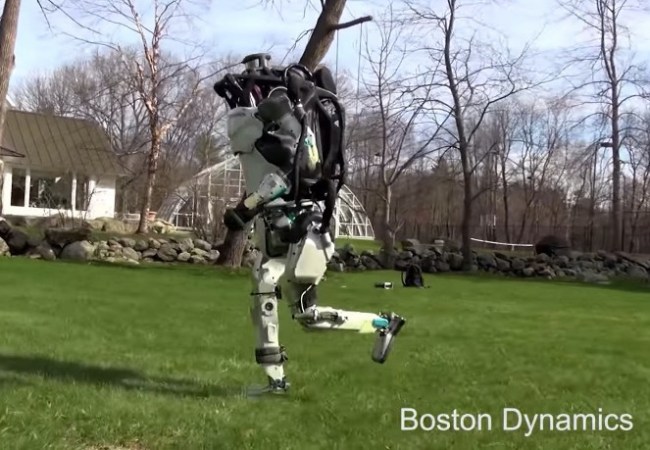 “All that is necessary for evil to triumph is for good men to do nothing.”

We are all complicit in the robot uprising.

Good news: the bipedal humanoid robot can now hunt you down in the woods.

Boston Dynamics robots can now run in the woods, jump over obstacles and autonomously navigate a building pic.twitter.com/nE2n0vj9w2

No word yet on whether Atlas is entering the 2019 NFL Draft.

Boston Dynamics has also demonstrated the capabilities of its SpotMini–an all-electric, four-legged robot that can pick up and handle objects using its 5 degree-of-freedom arm and perception sensors. According to Daily Dot, the SpotMini was what Black Mirror creator Charlie Brooker said that the metal dogs in the episode “Metalhead” were based off of.

The latest update from our future robot overlords https://t.co/njSRTo0KQj pic.twitter.com/J2wsaQwp1I

The company plans to sell copies of the SpotMini as early as 2019. The price is still up in the air, but Boston Dynamics founder Marc Raibert said that early versions of Atlas cost upward of $1 million.

If you can’t beat them, join ’em. Please donate to my Kickstarter.