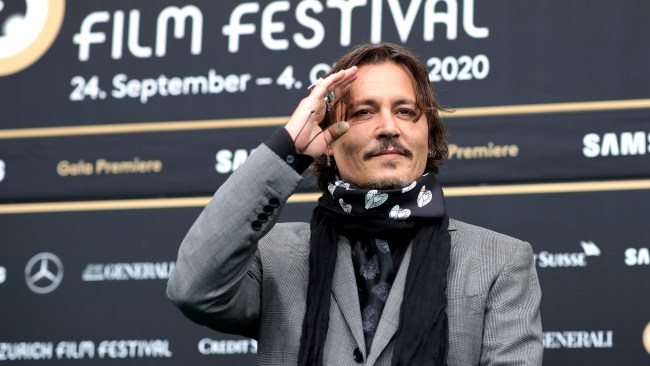 On Monday, High Court Judge Andrew Nicol ruled against Johnny Depp in his $50 million libel suit against The Sun in which he took issue with the publication calling him a wife beater following his falling out with ex Amber Heard.

Not only did Depp lose his suit against The Sun, the judge ruled there were 12 of the 14 alleged incidents in which Depp did, in fact, threatened and assaulted Heard. Whoops.

The most bizarre claim out of the dozens of unbelievable statements made during the trial came on the very first day of the off-the-rails trial when Depp claimed to have sought a divorce from Heard after she pooped in his bed after her 30th birthday party in 2016 following a fight between the couple.

This apparently was key evidence because it was brought up again during the proceedings of day six of the trial.

On that day, a spokesperson for Heard told the New York Post, “This accusation is completely untrue and has been designed purely to humiliate Ms. Heard. As the evidence in court showed, Mr. Depp discussed committing such a prank for years beforehand and it plays to his lavatorial and abusive sense of humour. Mr. Depp’s team is trying to grab headlines – at the expense of the truth — and distract from the serious, central issue of this case: the perpetration of domestic violence.”

A text to Depp’s former assistant Stephen Deuters in October of 2013 then revealed that the Pirates of the Caribbean actor wrote, “Will you squat in front of the door of the master bedroom and leave a giant coil of dookie so that Amber steps in it and thinks that one of the dogs, primarily Boo, has a major problem… It’ll be funny!!!”

Depp’s longtime housekeeper Hilda Vargas even testified as to the legitimacy of the actor’s poop in the bed claim.

“Those feces were fresh … from the night or from the early morning,” Vargas told the court.

On Monday, Judge Nicol put the entire poop controversy to rest with his ruling under a section headlined “feces on the bed,” writing, “For what it is worth, I consider that it is unlikely that Ms. Heard or one of her friends was responsible.”

Nicol also expressed that since Depp was away from home at the time, “it was Ms. Heard who was likely to suffer from the feces on the bed, not him. It was, therefore, a singularly ineffective means for Ms. Heard or one of her friends to ‘get back’ at Mr. Depp.”

The judge even added the fact that one of Heard’s dogs at the time, a Yorkshire terrier named Boo, “had an incomplete mastery of her bowels after she had accidentally consumed some marijuana.”

So there you have it. The mystery pooper was NOT Amber Heard, but more likely, at least according to the judge, was her dog Boo.

If only these two kids could have just sat down and had a civil discussion then maybe… nah, no chance. Depp and Heard were a match made in Hell.

Depp’s lawyers say they plan to appeal the ruling. Not the poop ruling, per se, but the whole thing.

“The judgment is so flawed that it would be ridiculous for Mr. Depp not to appeal this decision,” said Depp’s lawyer Jenny Afia.

I'd like to thank Johnny Depp for speaking out and showing the world that abuse can happen to anyone of any gender. He's created a huge platform for other men. I'm just so sorry he lost, he deserves so much better than this! #JusticeForJohnnyDepp