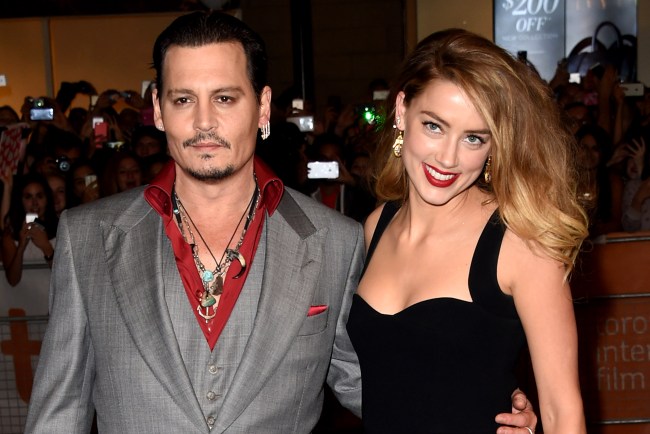 Amber Heard, taking the stand for the fourth day in the $50 million libel trial brought by her ex-husband Johnny Depp against The Sun, dropped even more wild claims against the Pirates actor.

No one was accused of pooping in a bed or having sex with a corpse on this day, but there was still plenty of bizarre testimony including Heard claiming Depp lobbed 30 bottles at her “like grenades” during what Heard referred to as a “three-day hostage situation.”

Heard testified that after she grabbed a bottle of liquor from Depp’s hand and smashed it on the floor “snapped something in him” and according to Page Six, he began grabbing other bottles and throwing them at her.

“He started picking them up one by one and throwing them like grenades,” Heard told the court. “One after the other after the other, in my direction, and I felt glass breaking behind me. I retreated more into the bar and he didn’t stop.”

Heard also described the horrific scene following Depp allegedly trashing a house the couple stayed at while in Australia.

“There was paint, what I thought was paint because it was a brownish color, on the walls and then it started to become clear to me that they were letters or messages, words. It was heavy at first and then it kind of faded into a, like, milky brown color,” Heard said, according to the Evening Standard.

“I started to make out words, English words, but it didn’t make sense. Then it appeared to be a different kind of writing next to it, but these are on the walls leading down this kind of covered stairwell.”

Heard added that there was “blood, tons of, like, painting, blood on the walls,” and “he had burned holes through some cushions and through some lampshades, blood and paint, more messages on cushions, there was a couch flipped over. It appeared to be he had set fire to one of the cushions because the carpet was burned around it a little.”

She also said she found raw meat on the floor and “hidden in various places,” her own bloody footprints (from the night before), a broken ping pong table, and “so much glass on the floor I could barely find a pathway to walk” due to mulitple broken windows.

During other testimony reported by the Evening Standard, Heard denied faking injuries and causing damage to her own home in order to “frame” Depp, how during one alleged drinking binge he screamed at her “for ruining his life,” how he allegedly smashed a phone “repeatedly, over and over again, into the wall,” and how Depp said on a recording that the couple had a “great time” on their honeymoon “other than we had a fight on the train which was physical.”

Hard to believe these two kids weren’t abe to work things out during the 475 days between when they got married and the day she filed for divorce.

Amber Heard’s sister, Whitney Henriquez, who lived with her when she began dating Depp, then began her testimony, part of which involved Heard punching Depp, allegedly in Henriquez’s defense.

A separate $50 million lawsuit Depp filed against Heard over her op-ed for the Washington Post is still pending.