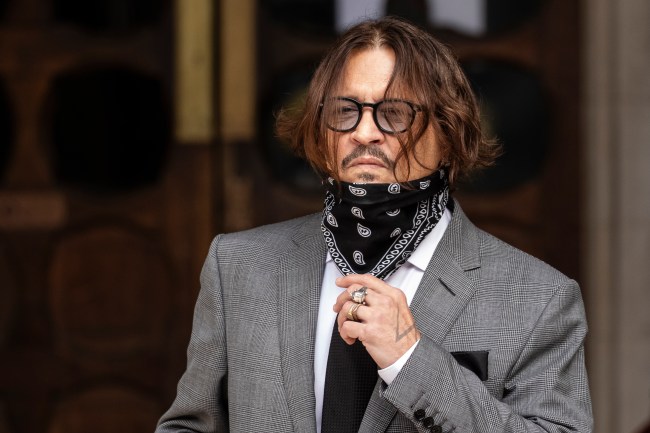 April 22, 2016 is a day that Johnny Depp probably wishes he passed out through.

This day in Depp’s life began with just a menial concern—boofing his wife’s 30th birthday—and reportedly ended with a haymaker, near bankruptcy, and a physical encounter with another human’s shit.

On Monday, the 57-year-old recalled a “very unpleasant and ugly” morning meeting concerning his former business partner who bent him over a ship plank and financially spanked him until a Black Mass appeared.

“Since Pirates [Of The Caribbean] 2 and 3, I had – and this is ludicrous to have to state, it’s quite embarrassing – apparently I had made $650 million,” the 57-year-old star admitted in London’s High Court.

But on his wife’s 30th birthday in April 2016, he had a “bad meeting” concerning his former business manager, who he told the court had “stolen my money.”

“I had not only lost $650 million, but I was $100 million in the hole because they had not paid the government my taxes for 17 years,” Depp told the court. [via Page Six]

After finding out he was NINE figures in the hole, Depp sauntered back to his Los Angeles penthouse to enter a raging 30th birthday party for his presumably intoxicated wife.

A party attendee reported Heard “appeared irritable and upset” and “angry with her husband because he’s late,” which Depp claims manifested in something far more insidious.

According to Page Six, Monday, a secret recording Heard made three months later was played for the court in which Depp allegedly told Heard:

“You f–king haymakered me, man. You came around the bed to f—g start punching on me.”

Asked to elaborate on what a “haymaker” was, Depp explained, “It’s just a type of wild swinging … kind of a roundhouse punch, as it were. It’s a bit of a wild swing but effective if it reaches the target.”

The origin of the “haymaker” is said to have been the result of Depp going to bed on Heard’s birthday early, to read.

It was there where Depp found the now infamous human turd.

Can your imagination conceive a shittier day outside the untimely death of a loved one? Remember, the man lost the GDP of a country in wealth before bedding a doo doo.