Amber Heard Tells Court Johnny Depp Attacked Her, Threatened To Have Sex With Her Corpse 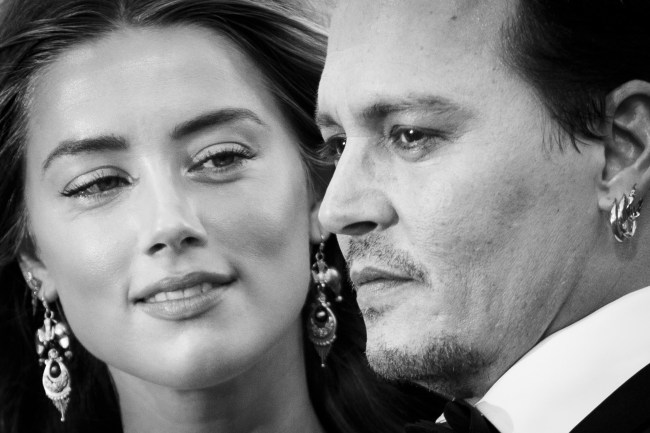 I’ve lost track of what day this is in the completely bathshit crazy $50 million Johnny Depp vs. The Sun libel trial over in England, but it really doesn’t matter because as we have seen, each and every day of this courtroom car crash has been more insane than the previous one.

We’ve had bed-pooping, severed fingers, Elon Musk and his “crooked dick,” celebrity threesomes, and now, on Monday, Amber Heard provided testimony in court that her ex-husband Johnny Depp attacked her and threatened to “fuck her corpse.”

Incredibly, this is the second time we have heard this allegation during court proceedings as way back on day two of the trial in texts sent to actor Paul Bettany, Depp supposedly joked about “setting Amber Heard on fire and ‘fucking her burnt corpse afterwards to make sure she’s dead.”

“I remember pleading with Johnny saying he was hurting and cutting me and asked him to let me up,” Heard said.

But she said that he ignored her pleas and continued to hit her with the “back of one closed hand.”

“He was screaming at me, over and over again, ‘You ruined my life, I hate you, I’m going to f–king kill you and I’ll f–k your corpse,’” she said in the statement.

“He said it so loud and over and over: ‘I am going to f–king kill you’. I really thought I might die.”

Depp has denied the assault claims but admitted they had a furious row over Heard’s refusal to sign a postnuptial agreement.

Depp claims Heard was actually the more violent of the two, saying he severed the tip of his finger when she threw a bottle of vodka at him. She says he did it when he smashed a telephone into a wall.

Embed from Getty Images
Heard also claimed in her statement during what she calls Depp’s “three-day ordeal of physical assault” the the Pirates actor wrote crazy messages on the mirrors in their house in the blood from his severed finger, including “I love you.”

Depp even admitted doing so, saying he “knew exactly what I was doing.”

[Sun attorney Sasha] Wass alleged the rented house was left in “carnage,” with an estimated $190,000 damage as Depp trashed it after taking 10 ecstasy tablets in two hours and downing a bottle of vodka and wine, The Sun said.

He even allegedly peed on the floor and painting a “fake d–k” on the crotch area of a female painting in the house — which he admitted was “possible” given his demented state of mind.

“When I realized that the tip of my finger was missing — pouring blood profusely, tip of the bone sticking out — I believe I went into some kind of breakdown, some species of nervous breakdown,” Depp told the court, according to the Evening Standard.

Heard also claimed the couple fought on their wedding night “over his drug use,” and that, reports the Evening Standard, “He would blame all his actions on a self-created third party instead of himself, which he often called ‘the monster.’ He would speak about it as if it was another person or personality and not him doing all these things.”

Can’t wait for the other $50 million lawsuit Depp filed against Heard over her op-ed for the Washington Post.