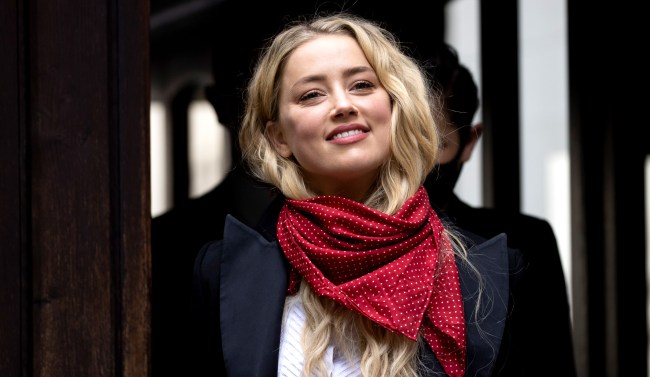 The Johnny Depp libel trial of the century rolled on Monday with another day of monumentally bizarre testimony about the actor and his insane relationship with ex-wife actress Amber Heard.

As you may recall, this trial is happening because Depp The Sun newspaper for libel over a 2018 article that called him a “wife beater.”

The number of wild, disturbingly personal topics that have been covered so far in this trial is rather mind-blowing and the hits just kept on coming on Monday.

According to testimony and witness statements given on Monday, Heard allegedly had bruises on her neck after Elon Musk spent the night at her and Depp’s penthouse in Los Angeles.

Heard claims Depp “wound up his arm like a baseball pitcher” and threw her iPhone at her, hitting her in the eye back in 2016.

A concierge in the building, Trinity Esparza, gave testimony that went against Heard’s story, saying that two days after the alleged incident with the iPhone, “I looked her right in the face as we said hello, and I saw no visible injuries whatsoever to Ms. Heard’s face.”

It wasn’t until a few days later that she noticed any injuries to Heard.

Page Six, which has been covering the trial in depth, reports…

“I saw her later on that week, and she did have marks, and she was going to court to give a domestic-violence deposition, and I thought that was very peculiar because Mr. Depp had left on Saturday” after the fight, said the worker, who manned the building’s front desk.

Esparza also has said in a witness statement that she saw “a number of marks on Ms. Heard’s body,’’ including bruises on her neck and under her left eye as well as a bandage on her arm, in June or July 2016 — shortly after the worker spotted Musk leaving the building looking “like he had just woken up with messy hair.”

The Sun’s lawyer, Sasha Wass, asked Esparza in court about surveillance video near the building showing Heard with Musk, whom Depp’s camp has accused of having an affair with Heard while the actor was with her.

The Daily Mail also reported that Esparza had viewed security footage and that after the alleged attack by Depp, “I was able to zoom in on Miss Heard’s face in order to view the footage in greater detail. I did not see any bruises, cuts, swelling, red marks or any other injuries of any kind.”

After one night when Musk allegedly spent the night with Heard while Depp was away – something the building’s security officer Alejandro Romero said happened regularly for over a year – Heard had “three small round bruises on her neck and two Band-Aids on her arm” plus “a faint mark on her left cheek, below the eye.”