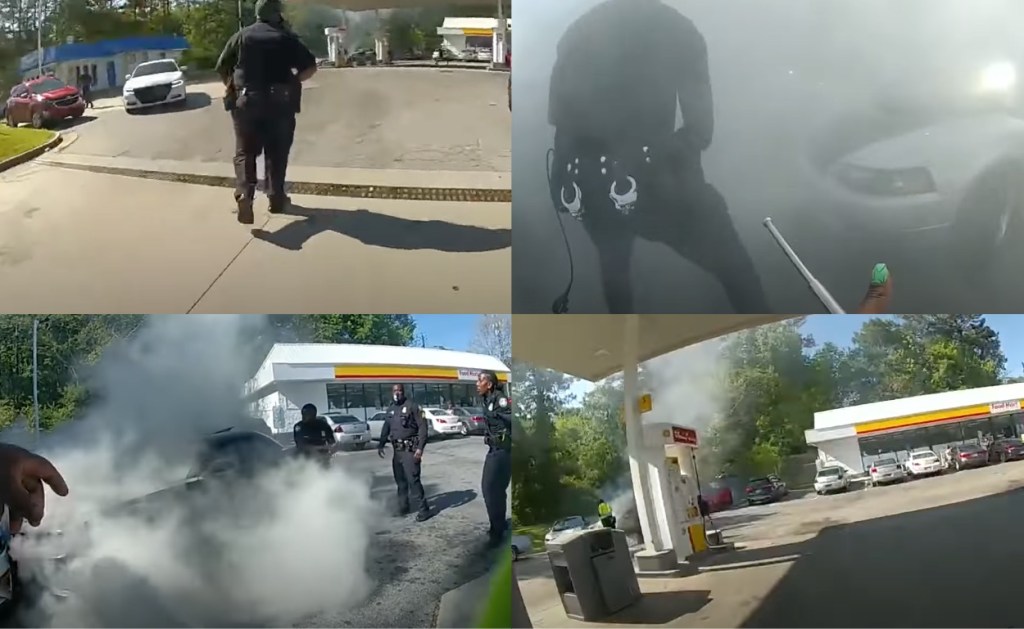 Five officers with the Atlanta Police Department are being rightfully celebrated as heroes after saving a man’s life from a nightmare situation. The officers responded to a car accident and upon arrival, one of the officers recognized the person in the driver’s seat was having a seizure.

As you can see in the body camera footage released below, the officers kicked it into “life-saving mode” and got the man out of the car before he was engulfed by flames. A fire at a gas station is always a nightmare scenario with the possibility that flames can spread quickly from gas on the cement or ignite fumes in the area and trigger a massive blast.

The clip of body camera footage is less than four minutes. The first portion of the clip shows the officer arriving on the scene before joining his colleagues and springing into action to save the man’s life who was suffering a seizure. You can either choose to play the video from the beginning or jump a few seconds ahead to the action:

That footage is truly wild. We see the officers sprinting onto the scene. A fire extinguisher was already being used on the car that was clearly on fire and creating a potentially lethal situation. Then, using a retractable baton one of the officers smashed in a window after being unable to open the doors. Once the window was smashed, the police were able to quickly unlock the door and get the driver out safely before the flames engulfed him inside.

The City of Atlanta Police Department named the five heroes in a Facebook post as Sgts. J. Sutton and D. Davis, and Officers A. Ruffin, S. Verrelien and M. Bouquette. According to the FB post below and LawandCrime, medical attention was required for the driver who was suffering from a seizure and the officers who rescued him but the Facebook post suggests that everyone is expected to be okay.

I’m not sure I’ve ever seen anything like that in first person. Those officers are heroes for saving that man’s life and it’s nice to see the Atlanta PD treating them as such.