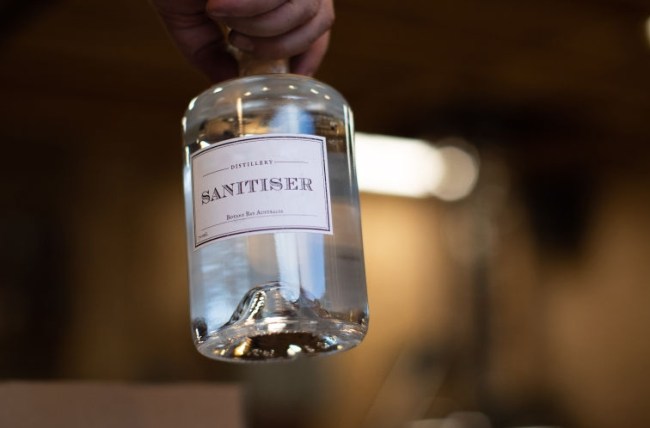 When the highly contagious disease that flipped our lives upside down slowly began to spread across the globe earlier this year, I initially wasn’t too concerned, but as someone who goes through life constantly preparing for worst-case scenarios, I figured it wouldn’t hurt to start stockpiling some supplies despite the fact that I’ve spent the last decade mocking doomsday preppers for being paranoid.

In February, I started grabbing a few nonperishable items whenever I went grocery shopping in the event the world reached a point where I would be forced to subsist almost entirely on pasta and rice and beans for an extended period of time. I consequently felt fairly justified in doing so when I visited the store in mid-March only to discover the shelves were essentially barren of everything with an expiration date a couple of years away.

I did not, however, have the foresight to buy any disinfectants that I failed to realize would come in pretty handy during a pandemic, which was fairly unfortunate, as any product with a label boasting about its germ-killing abilities was almost impossible to find at a reasonable price thanks in no small part to assholes who decided to exploit a global health crisis to make a quick buck.

Hand sanitizer was one product that was particularly tough to come by, and while Tito’s was forced to remind people its vodka is not a suitable substitute, it was one of the many distilleries around the world that started producing the product in an attempt to address the shortage after the FDA relaxed its regulations.

The organization was recently forced to remind those distilleries to add the ingredients required to make sanitizer less palatable to make sure people didn’t drink it after that apparently became a problem, but one in Australia found itself facing an even bigger problem when it accidentally poured it into bottles labeled as gin before shipping them to a retailer.

According to Gizmodo, Apollo Bay Distillery recently issued a recall for nine bottles of “gin” that were sold at the Great Ocean Road Brewhouse whose contents contain a mixture with a notably ABV higher than what’s on the label in addition to glycerol and hydrogen peroxide, which are typically not things you want to put in your body.

I hate it when that happens.