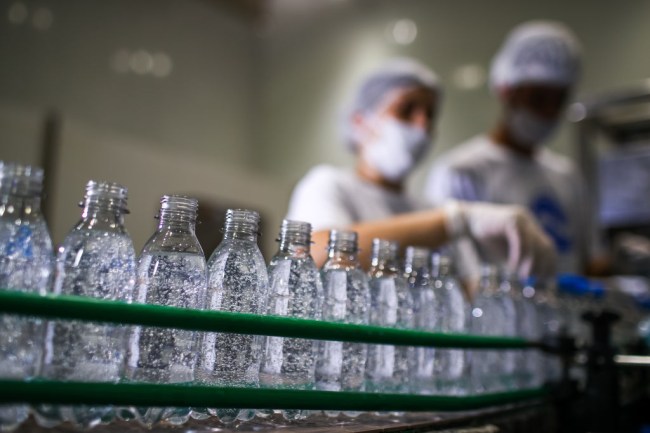 Germaphobes recently scored a pretty major victory after the rest of the world suddenly embraced many of the supposedly extreme measures they’ve routinely taken to stay healthy. However, the win was probably a bit more bittersweet than most of them would’ve preferred when you consider the resulting anxiety that came with the situation that granted them this satisfaction in the first place.

It didn’t take long for basically any product with a label boasting about its germ-killing abilities to disappear from the shelves thanks in no small part to the absolute shitheads who channeled their inner Rahm Emanuel and tried to make sure this crisis wouldn’t go to waste by stockpiling disinfectants and hand sanitizer in pursuit of a profit.

These shortages led to many people having to improvise in an attempt to stay healthy, and while Tito’s had to remind consumers who were using its product in a pinch that vodka isn’t strong enough to serve as an acceptable substitute, it was one of the many distilleries to join manufacturers across a number of industries to start pumping out hand sanitizer that’s capable of getting the job done.

You normally have to jump through a number of loops to enter that particular space but the FDA wisely relaxed its regulations to allow any registered company willing to adhere to its guidelines to distribute hand sanitizer to the general public without having to navigate the traditional approval process.

However, it appears the reduced amount of oversight has resulted in a problem that the agency was forced to address in a statement it released earlier this week when it suggested there’s an unexpected issue with some of the hand sanitizer that has recently hit the market: it’s just too damn delicious.

The primary ingredient in the vast majority of these products is alcohol with an ABV level that manages to make Bacardi 151 seem like an easy sipper, and while most people out there don’t have an issue resisting the temptation to pump a few squirts into a shot glass, hand sanitizer can still be relatively palatable without the additives that are traditionally used to make people who put it into their mouth immediately regret that decision.

The FDA is particularly concerned with small children inadvertently ingesting potentially lethal amounts, but in the aforementioned release, it says the issue was partially brought to its attention courtesy of a 13-year-old who helped himself to a bottle of untreated gel and got one hell of an introduction to the importance of knowing your tolerance level in the process.

I sincerely hope I don’t have to remind anyone reading this to not drink hand sanitizer but, um, yeah. Don’t do that.