Authorities Seize Nearly 400,000 Pairs Of Air Jordans Worth Over $73 Million 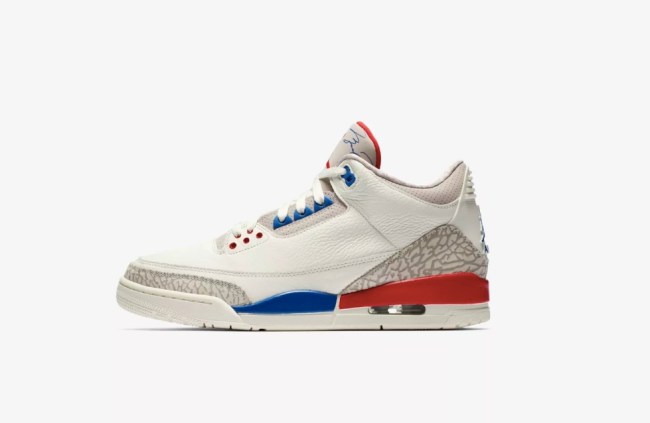 Plan on buying Jordans any time soon? You had better make sure that you purchase them from a reputable source because there are literally tons of counterfeit sneakers being shipped into the United States. According to government agencies, there are hundreds of thousands of fugazi Nike sneakers being sold in the U.S. every year.

Homeland Security, U.S. Immigration and Customs Enforcement and the NYPD report that nearly 400,000 pairs of fake Nike Air Jordans were brought into the U.S. from China in the last two and a half years alone.

These fugazi kicks were manufactured in factories in China, shipped to New York and New Jersey, counterfeit Nike logos were added to the shoes in warehouses in Brooklyn and Queens. They were then sold across the nation.

Federal prosecutors said the knock-off kicks cost Nike at least $73 million. Authorities seized at least 42 shipping containers of counterfeit Air Jordan VII’s, Jordan XI’s, and Air Jordan XIII’s at Port Newark between January 2016 and July 2018. A pair of those sneakers go for around $200.

Manhattan US Attorney Geoffrey Berman had a cheesy message to anyone thinking about selling counterfeit Nikes.

“I commend our law enforcement partners for helping to bring today’s charges, which send a clear message to would-be counterfeiters: ‘Just don’t do it,’” Berman said.

“The five defendants in this case allegedly counterfeited over $70 million in fake Nike shoes and sold them to buyers on the U.S. market.”

“These counterfeiting networks can be both detrimental to our economy and threaten our national security, and HSI will continue to take every measure in investigating and dismantling these organizations,” said ICE HSI Special Agent-in-Charge Angel Melendez.

This seizure of fugazi sneakers is gigantic compared the one last December at Dulles International Airport.

Donnie Brasco is such a classic movie. That Sonny Black was a real prick.