Easter Eggs, Cameos, References And Other Stuff You May Have Missed In ‘Avengers: Infinity War’ 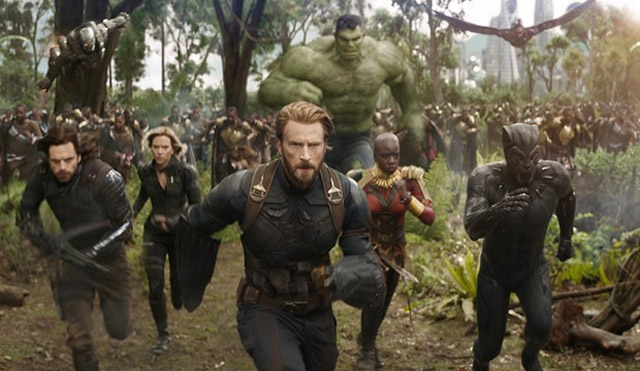 Avengers: Infinity War contained so much there’s no way to catch it all, so here are some Easter eggs, cameos and references you may have missed. Spoilers coming, duh.

I don’t care how many times you see Avengers: Infinity War in the theater, there’s simply way too much to unpack without the help of a pause a rewind button. And considering the way the movie is blowing box office records away like Thanos snapping his fingers, it’s a pretty safe bet that we won’t get to use our remotes to see everything that happened for several months.

So, with that in mind, I have gathered up a nice litte handful of some of the goodies that appeared in Avengers: Infinity War that may have slipped by both your eye and/or your memory.

The first thing I’ll mention is the fact that, yo, that scene from the trailer you see above? Where the hell was that? Umm, I see The Hulk there! Hello?!

• That orange place Thanos was transported to and saw his little Gamora again is Soulworld, a “pocket dimension” contained within the Soul Stone.

• When Vision dies all of the color drains out of him, which makes him appear the way he does when he was a part of the West Coast Avengers in the comics.

• Red Skull references Thanos’s father, A’lars AKA Mentor, a member of the race of superhumans known as The Eternals, about which Marvel has been talking about making a movie.

• The Cauldron of the Cosmos that Tony Stark leans on, much to Doctor Strange’s dismay, allows The Sorcerer Supreme to look into history in the comic books. 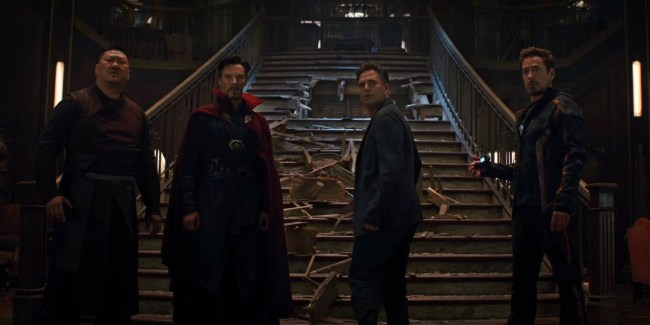 • Nebula was also tortured by Thanos in the comics, but instead of pulling her apart he burned her then forced her to remain on the edge of death without actually passing. Yeah…

• When Tony Stark talks about naming his and Pepper’s son after her uncle Morgan, that was a reference to his actual cousin Morgan Stark from the comics.

• Peter shouts “What are those?” when his arachnid legs sprout from his Iron Spider suit. This is now apparently a thing in the MCU.

• Thor’s new hammer, errr, axe, Stormbreaker was actually the weapon used by Beta Ray Bill, the first being in the comics to ever be able to wield Mjolnir other than Thor. Stormbreaker is what he is given when Thor wants his hammer back.

• In the comics it was Silver Surfer and not Bruce Banner who crashes through Doctor Strange’s skylight to warn of the coming of Thanos.

• Bucky’s new name, The White Wolf, was actually the name of a boy named Hunter whose parents died in a plane crash in Wakanda and was adopted by King T’Chaka.

• Arrested Development’s Dr. Tobias Fünke, appeared in his full Blue Man Group look during Thanos’s alternate reality portion of his visit to Knowhere. Seriously, he’s in the background as something The Collector has, umm, collected. (Infinity War directors, the Russos, were producers on Arrested Development.)

And that’s just the tip of the iceberg. For more watch the video below by Mr. Sunday Movies which covers other stuff, the ending explained, what’s coming in Avengers 4 and other future MCU movies, comic origins for Thanos, looking into the suits of Iron Man and Spider-man’s the Iron Spider