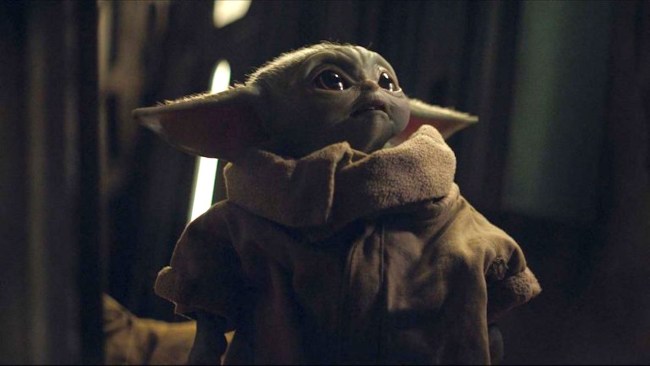 When the first episode of The Mandalorian dropped, I remember initially being confused as to what exactly the series was actually about. Like, are we just gonna follow this bounty hunter around as he brutally executes various ballchinians (that’s a quick Men In Black 2 reference for your dome piece)? Those questions were answered in the pilot’s closing moments, though, as the cultural phenomenon that would become known as Baby Yoda was revealed.

From that moment forward, Baby Yoda took the pop-cultural world by storm, as you quite literally couldn’t go anywhere on the internet without coming across his adorable green wrinkled brow.

Now, while we’ll never know whether or not Disney was aware of how big of a hit Baby Yoda would be, we do know that they certainly invested some serious coin in him, as Adam Pally — a comedian who played one of the talkative Storm Troopers alongside Jason Bateman in the season one finale — recently revealed that series creator and writer Jon Favreau told him it cost the Mouse House a casual $5 MILLION (!!!) to create the endlessly cute Force-using creature.

“I remember the first take that I did when I punched him. They called ‘Cut!’ and Jon, who was watching on a monitor in his office, he came down from this office and said, ‘I just want to let you know that this is the hero Yoda [the main prop used for close-ups] and it costs, like, $5 million.

So while I want you to hit it, I just want you to know that.’ Because I think I took a big swing at it. And the next three takes I missed, because I was so nervous.” [via Entertainment Weekly]

Disney not cutting any costs when it came to The Mandalorian was obviously a wise decision, as the series is arguably the best piece of Star Wars content to be released under their stewardship.

The second season of The Mandalorian is set to his Disney+ later this fall. All eight episodes of the acclaimed first season are currently available on the streaming service.