‘Bad Boys 3’ Is Actually Happening (Really This Time)! Photographic Evidence From Will Smith and Martin Lawrence 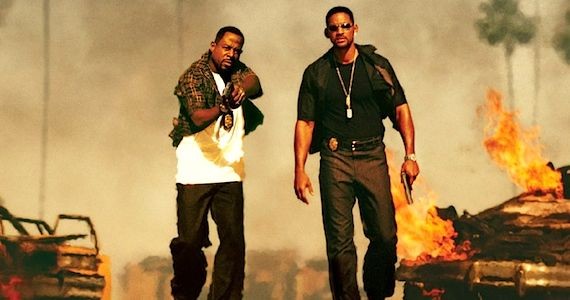 Three years ago Will Smith said Bad Boys 3 was definitely happening. Sony got fans of the hilarious buddy cop flick excited by announcing that Bad Boys 3 had an “official” release date of June 2, 2017. Narrator: Bad Boys 3 didn’t release in June 2017.

Sony jerked us around yet again nine months ago when they said production on the movie would start in August of 2018. Narrator: Bad Boys 3 didn’t start production in August. Are you seeing a pattern here?

Today, I am extremely pleased to announce that Bad Boys 3 is really, really happening! There is actual photographic evidence and not false promises from the lie factory that is Sony Pictures. Martin Lawrence posted a photo of Marcus Burnett and Mike Lowrey back together again! “It’s official. Bad Boys for Life,” Lawrence wrote on Instagram and went heavy with the hashtags #teammartymar, #badboysforlife, and #weback.

Will Smith shared a video of him and his buddy cop.

The original Bad Boys was released on April 7, 1995, and was a box office success, reeling in $141 million. It’s been 15 years since Bad Boys II, which racked in $273 million. There is no “official” release date (not that we’d believe Sony anyway), but most believe that the cop flick will be out in early 2020. Some speculate that it will be released on January 17, 2020. Don’t hold your breath. Now we patiently chew on our Tropical Fruit Bubblicious and wait for Bad Boys for Life.