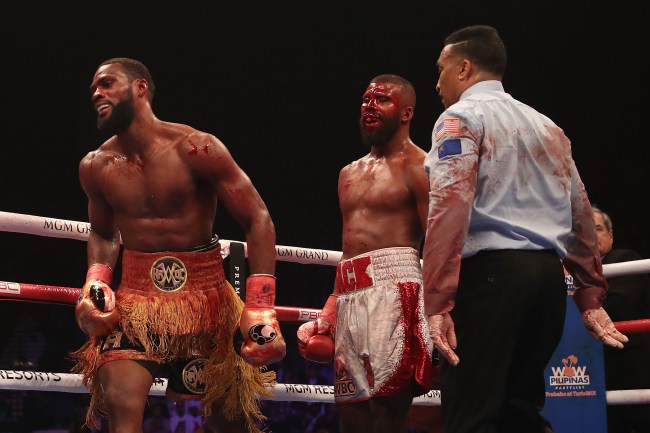 For those who tuned into the co-main event of Pacquiao vs. Broner on Saturday night, Badou Jack’s face won’t be something you’ll forget anytime soon. For those who didn’t, brace yourselves.

The 35-year-old former two-division world champion boxer lost to the undefeated Marcus Browne at the MGM Grand in Las Vegas in a unanimous decision (117-110, 116-111 and 119-110), handing Jack just his second loss of his illustrious career.

In the seventh round of the fight, Jack and Browne inadvertently whacked heads, which gashed up Jack’s forehead to a NSFW level. The head butt occurs at the 10-second mark of the clip below.

In case you missed the headbutt that lead to that gruesome gash on Badou Jack’s forehead. #PacBroner pic.twitter.com/AFGTRYy9Zn

The gash began leaking like a faucet down Jack’s face for the rest of the fight, making it difficult for the Swedish fighter to see through the blood. 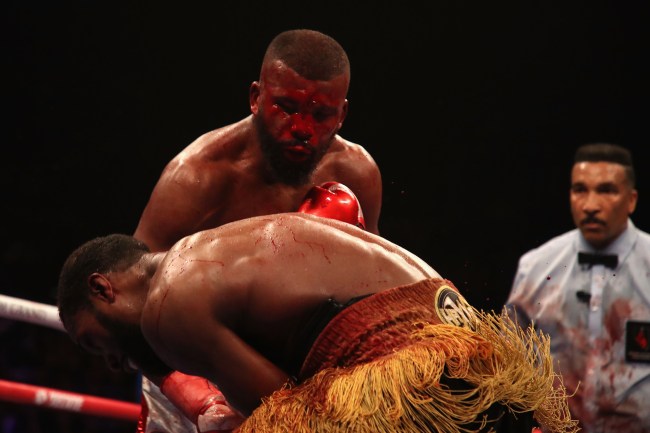 During Tuesday’s conference call, Jack had this to say about the gruesome cut.

“I’m a fighter, so I ain’t gonna quit. I’m not gonna tell them to stop the fight. They took me to the doctor a couple of times, but I wasn’t going to stop it. It was bleeding, but I’m going to keep fighting until the end. I’m a fighter.

“At first, I was thinking, damn it just keeps leaking. I thought the doctor would stop it, but they didn’t.”

Leonard Ellerbe, head of Mayweather Promotions, said of the injury: “That cut was the worst I’ve experienced in 40 years in the sport.”

After the fight, Jack got stitched up to the point where his forehead looked like a featured a giant baseball seam.

A post shared by Badou Jack "The Ripper" (@badoujack)

What an goddamn animal.