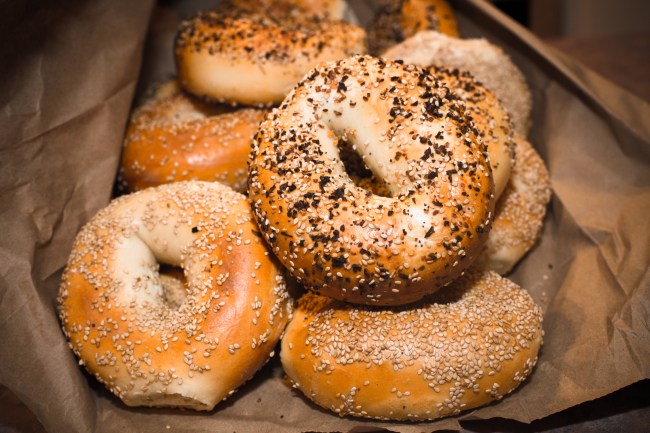 ALL HAIL THE INTERNET GODS!

Chris Martin aka Bagel Boss Guy aka Lightning In A Bottle aka Short Stack aka I’m Sorry Sir, You Must Be This Tall To Ride is well on his way to fame, fortune, and maybe even a little fuckin’ after his viral meltdown revealed him to be an endless content machine.

Now, the Boss will have the opportunity to release four decades of short shaming on an unnamed viral celebrity with a death wish.

Chris Morgan just inked a deal Monday with fighting promoter Damon Feldman — who’s arranged for Chris to put on some boxing gloves and go toe-to-toe with someone later this year in Atlantic City.

The match is currently booked for September 7th at the Showboat Hotel in Atlantic City, and while the opponent has yet to be established, the front-runner is reportedly Antoine Dodson. Dodson experienced similar ubiquitous viral fame back in 2011 when his home invasion ‘Hide Yo Kids, Hide Yo Wife’ interview resulted in an Auto-Tuned song by The Gregory Brothers that has sold thousands of copies on iTunes and appeared on the Billboard Hot 100 list.

As far as the fight purse for the Bagel Boss, the man who currently lives in a van stands to make anywhere from 5 to 6 figures, depending on ticket sales and online streams, TMZ reports.

Idk Bagel Boss guy seems like a normal guy to me pic.twitter.com/UXpueyjJv9