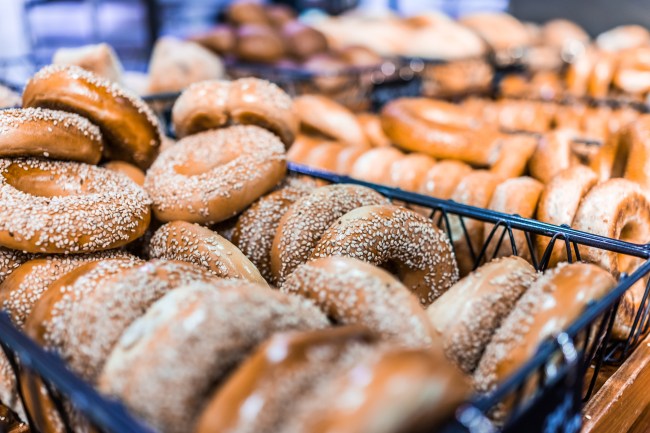 Yesterday, the internet gods blessed us with the most viral, electrifying video in weeks: The Bagel Boss Breakdown.

In just under 24 hours since it was posted, the video of the vertically challenged man projecting his endless insecurities to everyone in a bagel shop has amassed nearly 20 million views, over 220,000 likes and almost 50,000 retweets.

Why? Because it has everything: A seldom talked about social issue (short guy discrimination), vulnerability, edge-of-your-booster-seat drama, and sweet vindication in the form of one of the easiest takedowns in viral video history.

I will show my grandchildren this video.

WELL, Olivia Shea wasn’t the only one filming the now infamous scene. A Twitter user by the name of Mike LiVorio also had front seats to the action and captured what occurred after the short, unfuckable man was tackled to the ground.

If you guys wanted to know what happen next, here ya go pic.twitter.com/jOHzispksW

I slept on it last night and my overwhelming feeling about this incident is pity. I genuinely feel sorry for this dude. Not ONE time in either video does he personally insult anyone else but himself. He calls himself short and unfuckable, but he never directed any personal jabs at anyone else in the store. He even tells the dude who pummeled him, “Attack me” instead of “fight me,” implying that he knew he’d be victimized. The whole thing feels more like a cry for help than a threatening situation.

There isn’t a person in America who wouldn’t watch this guy on some kind of blind dating show on TLC.