MUST WATCH: Short Man Goes Ballistic In Bagel Shop Claiming He’s Unf*ckable Because Of His Height, Gets Laid Out By Taller, More F*ckable Man 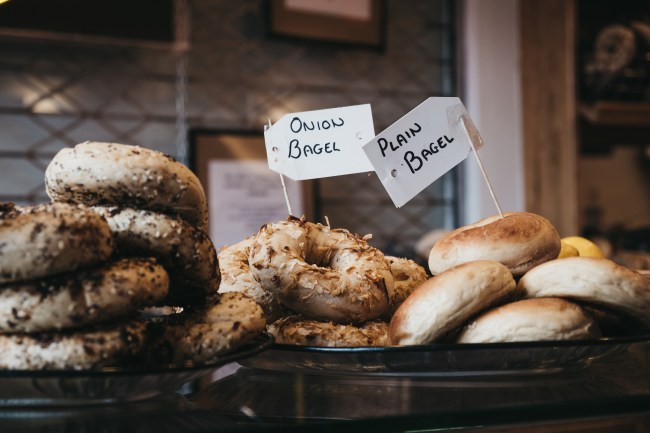 There’s not one person reading this who hasn’t been on a dry spell so lengthy, you’d never thought it’d end. The winter of 2015 was so desolate for me, I needed to take allergy medication from the dust accumulating on my sad, limp noodle. It was a dark time. Closed off communication with nearly everyone I hold dear. Started lashing out at cab drivers and people who hold umbrellas on sunny days. Just wasn’t myself.

This video that is in the early stages of going mega-viral is what happens when the winter of 2015 turns into spring, and fall, and summer, and that process repeats for 50 years until you find yourself in a bagel shop picking fights with random strangers because no one wants to fuck you.

In under one minute, lets count how many pathetic things this dude revealed about himself while puffing out his chest.

UPDATE: WE HAVE FOOTAGE OF THE AFTERMATH!

Folks we’ve got another angle!pic.twitter.com/qJ8Eu7ci5w

OF COURSE this dude deserved to be laid out on the Bagel Boss carpet for berating the entire staff and physically challenging everyone in the store.

BUT MAYBE we should listen to what he’s saying. He is openly admitting to being a victim of heightism. He reveals that he is a God-fearing man who also has a cohesive relationship with his father and is obedient to his boss. The only crime he’s guilty of is having the itch and not having anyone to scratch it. And that’s something I wouldn’t wish upon my worst enemy.