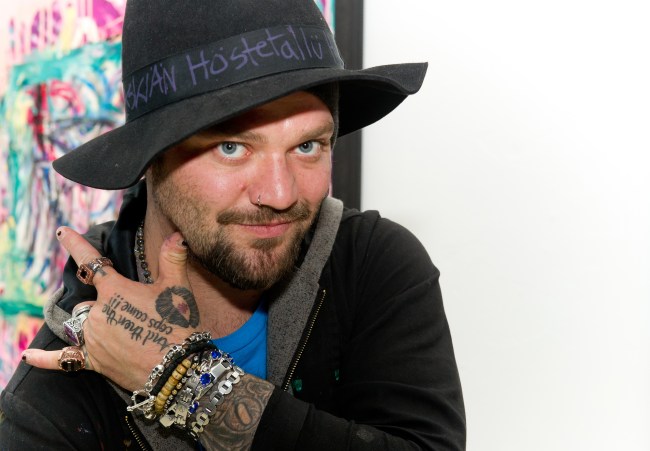 The turn of the new year was looking positive for Bam Margera. The 39-year-old announced that he would be entering rehab for the third time after years of struggling with substance abuse exacerbated by the death of his best friend Ryan Dunn, who passed away in a car crash in 2011.

In January, the Jackass star announced that he was motivated to “join the sober parade” and claimed that “the party is over” before vowing not to drink again.

In a sad turn of events, Margera left rehab after 10 days and it appears he has picked back up his destructive ways, evident in a recent video that has surfaced online of Bam going ballistic on his tour manager and his wife, Nicole.

The video shows Bam publicly berating his manager, calling him a ‘f*cking p*ssy,’ before bailing on a scheduled appearance at a New York comedy club after he showed up at 8 p.m. in preparation for the 10 p.m. set and saw an empty room.

As TMZ reports, Margera went kicking and screaming to a behavioral facility days after his latest meltdown.

A family source says the former “Jackass” star was admitted into a behavioral facility. We’re told Bam was resistant, and family members had to have him committed. The plan now is for him to consult with multiple specialists to come up with a recovery plan.

We’re told friends and family think his drinking had gotten out of hand again, but they also believe he’s suffering from a personality disorder.

Hopefully, Bam can turn it around like his good buddy Steve-O, who’s been sober for 10+ years, is vegan, and competes in triathlons. Steve-O is living proof that it’s never too late to chance.