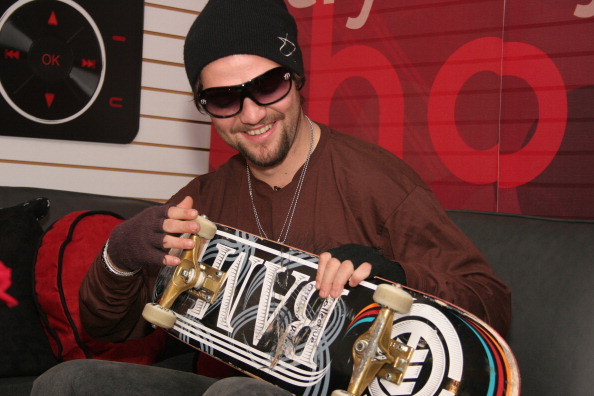 I truly, truly wish this article was about Bam Magera having a new TV project or Bam Magera getting back into skateboarding, but unfortunately, this is much more somber news. Margera is checking into rehab again, which will be the third time for the Jackass star.

On Tuesday, Margera posted on his Instagram account that he was checking into rehabilitation. Bam posted a photo of himself holding his son Phoenix Wolf with the caption: “Off to alcohol rehab for the 3rd time. I am hoping the term 3rd time is a charm is true.”

The 39-year-old reality TV star and skateboarder was arrested for a bizarre DUI last January. Margera was driving and pulled over to talk to police in California, but he had been drinking and had the smell of alcohol on him. He failed the field sobriety test, then was arrested and charged with driving under the influence. He would later be released on $15,000 bail.

Margera has been very open about his battle with alcoholism. After his best friend Ryan Dunn died in 2011, Bam would spend many of his days sitting alone in his basement drinking vodka and Riptide Rush-flavored Gatorade. He would go on three-day benders and any alcohol would do.

“I took a five-year hiatus from skating because I had bone spurs, so instead I was making money by doing nightclub appearances, which basically was shooting photos and taking shots with the locals,” Bam told People magazine in 2016. “So I was sh*tbag wasted every night, and eventually was like, ‘This has to stop.’ Once I woke up in my own puke and piss, I knew I had to cut it off.”

If there is a silver lining in this sad situation, it is that Bam realized he has a problem, acknowledged he needs help for his addiction, and is seemingly putting in the work to end this lifelong battle. Another bright spot is that Bam still has a sense of humor and that he has hope that he can put an end to his alcohol addiction. Good luck to Bam in his fight and may he come out of rehab with a new aspect on life and the sobriety that he is searching for.

RELATED: Bam Margera’s Story Of The Nastiest Thing A ‘Jackass’ Fan Ever Did Is Unbelievably Gross