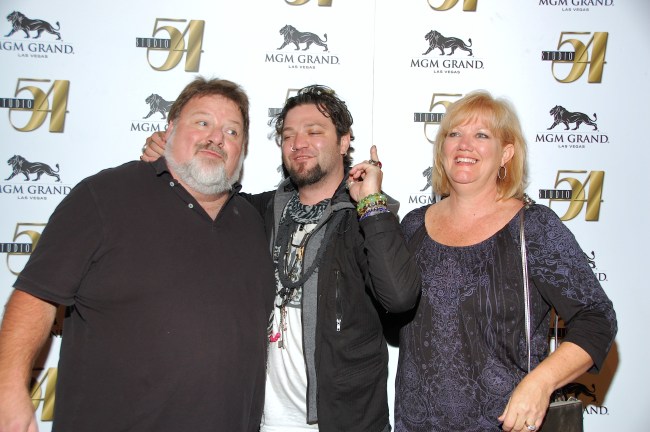 In what has become a far too frequent occurrence with little or zero progress, Bam Margera has once again checked into rehab. The former Jackass star suffered yet another relapse and is in a substance abuse treatment center.

Sadly, Bam Margera is still struggling with his sobriety. Only two weeks after appearing on Dr. Phil, Margera relapsed and was seen at a Los Angeles bar drinking a mug of beer on Wednesday night in a video shared by TMZ.

Dr. Phil urged Margera to attend a 60 or 90-day treatment program for his substance abuse problems. The 39-year-old reality TV star entered rehab, but gave up and left only a few days later. Bam said he couldn’t deal with the program because the rehabilitation center told him that he needed to give up his cell phone while receiving treatment.

Many rehab centers don’t permit clients to use cell phones or social media because they can be a distraction from the program and prevent them from devoting themselves completely to recovery.

Margera is attempting rehab again. “Today i stop my shenanigans as a promise to myself, and johnny monny knoxville,” Margera wrote in an Instagram post on Thursday. Fellow Jackass star Johnny Knoxville responded by saying, “I’m going to hold you to that Bam Bam.”

Margera admitted himself into the Wavelengths Recovery facility, an addiction treatment center in Huntington Beach, California.

Wavelengths apparently allows clients to use cell phone and social media because Bam was sharing pics on Instagram from the treatment center.

Margera is impressed by the founder of Wavelengths Recovery, Warren Boyd. “Warren boyd runs one of the best treatment centers in California,” the Viva la Bam star wrote on Thursday. “Wavelengths, the same name as nikkis brother warren boyd and father RIP hes got a giant phoenix painted in the main room and is from petaluma CA (nikkis home) I love this guy already!”

The A&E TV show The Cleaner is based on Boyd’s life.

Margera definitely needs help. Last week after ditching his other rehab attempt, he was arrested at the Luxe Hotel in L.A. after refusing to leave the premises.

Margera also had a public meltdown on Instagram earlier this month. “He’s having sort of a breakdown, we think,” Bam’s father Phil Margera said.