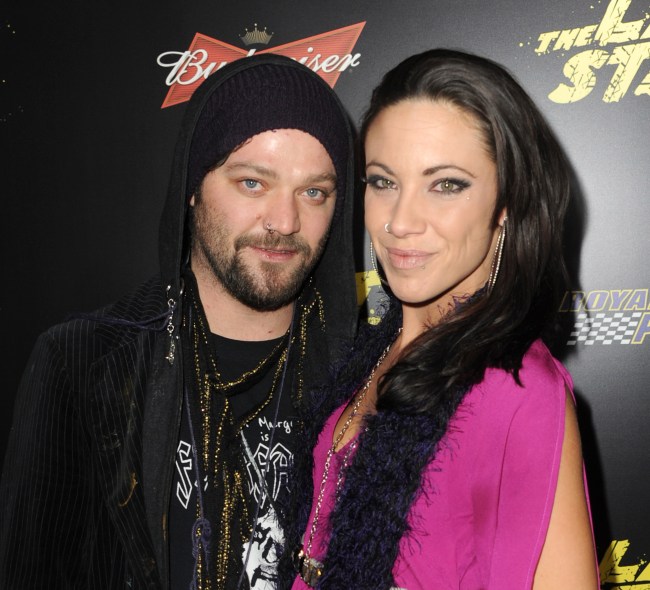 Over the past week, Bam Margera has disowned his mother, said he “can’t stand” his wife, pleaded for family help from Dr. Phil, said he “might be crazy” and allegedly “almost died the other day.” Let’s hope that your summer is better than Bam Margera’s.

Sadly, it does not appear that Bam Margera is getting his life back together whatsoever and appears to have suffered a complete meltdown on social media. The troubled Jackass star revealed some worrisome news on his Instagram this week and pleaded for help from Dr. Phil.

Over the weekend, Margera posted an Instagram video captioned “#dr.phil bam margera needs you to save family from falling apart for good.” As you can see, he did not tag Dr. Phil or use a particularly effective hashtag.

“Dr. Phil, I need your help in a big, big way,” the 39-year-old former reality TV star said in the video. “My family is in shambles. It’s worse than it’s ever been, ever.”

He said he “disowned his mom” and he “can’t stand” his wife Nicole Boyd. Margera is worried about separating from his wife because she will use their 18-month-old son as “bait.”

“Nicki I can’t stand. No, I can’t stand her. I’ll tell you why,” Bam said. “Let’s start with Phoenix Wolf. I have an 18-month son and he’s the best, and I love him to death and Nicki knows that. And if we separate I know she’s gonna use him as bait and I ain’t playing that f*cking game so you can have him.”

Margera said that his wife is so “stubborn” that she drives him “f*cking bonkers.”

He points out that his wife might be causing him to lose his mind. “So when people say, ‘Bam might be going crazy,’ f*cking A, maybe they’re right,” Bam said in the video.

RELATED: Bam Margera Is Going To Rehab Again But The ‘Jackass’ Star Is Hopeful

“When I almost died the other day, it was super f*cking scary and my buddy witnessed it and he called my mom saying what happened and she acted like the f*cking Phillies lost,” Margera alleges “It was unreal, I have it on record. I was like ‘F*ck you forever mom, I just heard that sh*t and you acted with no emotion like it happens every other Monday.”

Bam did not explain the incident or how he almost died.

In another Instagram video, Margera says that he has seen “28 doctors” and been to “four rehabs.” He believes that nobody can help him except for Dr. Phil. During the video, Bam says that doctors prescribed Adderall and “weird sh*t.”

RELATED: Bam Margera Checks Into Rehab For The Third Time, Explains Why This Time He’s Ready To Join The ‘Sober Parade’

Bam, who really should be sober, said that he “occasionally, has beers.” “Two maybe three (beers), and it’s not every night,” Margera claims. He said he’s drinking Gatorade, then flashes the camera to his left and it is not Gatorade, it appears to be a glass of alcohol garnished with a lime.

In another video, Bam claimed to have a $100,000 deal with Wawa to sell Bam Margera energy shots. But according to Bam, the popular convenience store chain canceled the deal after discovering that Bam’s friend, Brandon Novak, professional skateboarder and member of the CKY Crew, was stealing chicken caesar wraps from Wawa. Novak allegedly stole $5,000 worth of chicken caesar wraps and gave the bill to Bam.

Margera then directs his anger at Novak because “he got sober.”

Here is Brandon Novak talking about his road to recovery from addiction and his friendship with Bam.

Margera then mocked his followers who tried to help him during his possible breakdown.

Bam did take some of the blame, but said his problems were because his mind is always racing and he can’t sleep.

Margera said that he “gets so much medicine anymore that he doesn’t know what it does, so he stops taking it.” Bam disputes rumors that he’s on meth by saying, “How could I get through the airport with it?” He then says there’s no room for meth in his luggage because he is transporting so much money, shoes, a notebook, a book and an “old-ass” iPod that has “good sh*t” on it.

Margera later posted on Instagram that Dr. Phil saw his cries for help and plans to try and intervene.

Bam continued his campaign to get on Dr. Phil.

Bam is finally invited onto the Dr. Phil show and shares video of him going through security at the airport. Instead of a wallet, Margera puts his “$17,000” in cash in a TSA X-ray bin.

Bam said he was getting “special treatment at the airport” on his trip to appear on the Dr. Phil show. There is a woman resembling his wife Nicole walking in front of him.

There is definitely a chance that this family drama has been created so that Bam can stay relevant and get back on the reality TV show spotlight. But hopefully, Dr. Phil is able to help Bam get his life back together.