Bam Margera Checks Into Rehab For The Third Time, Explains Why This Time He’s Ready To Join The ‘Sober Parade’ 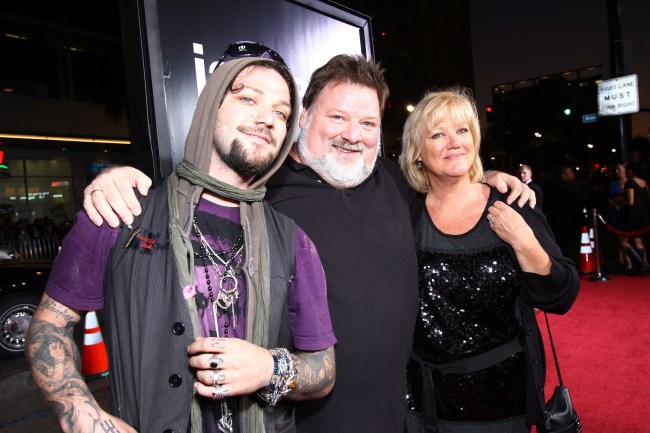 On January 2, Bam Margera announced that would be entering rehab for the third time. The 39-year-old has struggled with substance abuse exacerbated by the death of his best friend Ryan Dunn, who perished in a car crash in 2011.

Margera entered rehab last January following a DUI arrest in California, but the program was evidently unsuccessful, as Margera recently posted on social media that he was motivated to “join the sober parade.” Margera is likely alluding to his Jackass co-star Steve-O, who celebrated 10 years sober in the fall and is now competing in triathlons.

Bam explained in a note he posted to Instagram the genesis of his desire to get sober, by endearingly referring to his followers as “Cocksuckers.”

I have spent enough time grieving over Ryan Dunn through alcohol. I’m 39 years old, the party is over. I don’t plan on drinking anymore. I have wasted too much time at the bar and all my friends who needed decades of help are now sober. I would like to join the sober parade. I hear the stories of other rehab patients telling me about there [sic] weeks or months of horrible detox. Well guess how many days of detox I had? ZERO!

I am sick of people always thinking I’m drunk, crazy or fucked up. So if you plan on calling me to tell me that, you can go fuck yourself instead. I’m not going to suck anyone’s dick to stay on [skateboard company] Element and or prove that I am sober. I am sober. So keep printing BAM [skateboard] decks or don’t. Plant a tree or go bite the big one, every day is Earth day!

Margera got a little less cheeky in the following post, where he details the difficulties he’s had adjusting to rehab life.

I hope when things seem futile for Bam in rehab, he thinks of his buddy Steve-O, who got clean after using booze, PCP, ketamine, nitrous, and cocaine regularly. The dude even snorted blood-soaked cocaine because he was so desperate to get high. Steve-O has sicne re-branded himself as the weirdest overachiever on the planet.