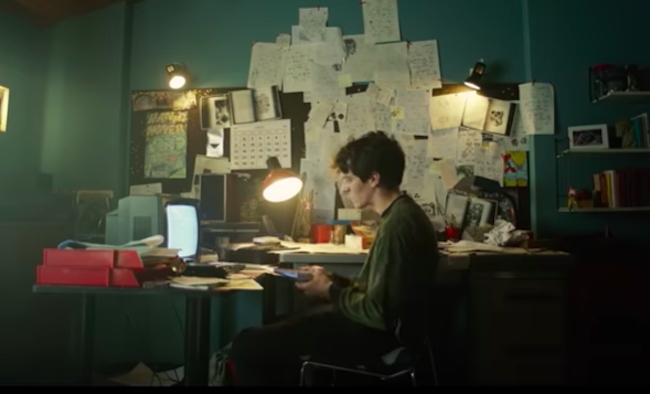 I spent Christmas Day watching a steady stream of entertainment designed to put you in the festive spirit, but there’s one item on my holiday watchlist that had a slightly different vibe than the rest of them: the “White Christmas” episode of Black Mirror.

Sure, it might not be the cheeriest thing in the world but no one really watches Black Mirror when they’re looking for something warm and fuzzy (with the notable exception of “San Junipero”).

A few months ago, rumors started to swirl that Netflix was gearing up to unleash another season of the show upon the world and would reportedly be experimenting with an episode that lets the viewer choose their own adventure.

Those rumors were at least partially confirmed a few weeks ago when it was revealed we’d be treated to some fresh Black Mirror on December 28th with an installment called “Bandersnatch.”

However, it soon came out that “Bandersnatch” is actually a full-length movie, which would be a first for the series (although last season’s “Hated in the Nation” was basically the length of a feature film).

“Bandersnatch” will officially drop on the platform tomorrow and Netflix has decided to give us a taste in the form of a trailer that makes it look like we’re in for one hell of a ride.

While we’ll have to wait until tomorrow to be sure, it appears “Bandersnatch” will capture the spirit of the Choose Your Own Adventure books and a leak suggests viewers will have more than five hours of footage to play around with.

While I don’t want to get my hopes up too much based on a single trailer, I’m especially pumped for this considering it seems to be spiritually similar to Utopia, an incredibly underrated British series.

I guess I know what I’m going to spend way too much time doing this weekend.