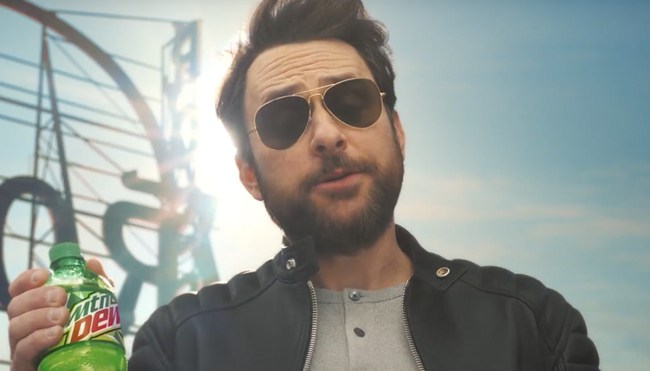 A few years ago, I got the chance to briefly interact with Nick Offerman at an event where he served as The Very Special Guest. I spent the day leading up to it constantly repeating “His name is not Ron” in my head, as there was nothing I feared more than being destined to spend countless nights laying awake in bed plagued by the cringeworthy memory of the time I accidentally called him the name of his character on Parks and Recreation (a fate I was thankfully able to avoid).

He’s far from the only actor who’s been able to embody a role to a point where it’s almost impossible to disassociate them from the person they play; to millions of people, Nick Offerman is Ron Swanson, John Krasinski will always be Jim Halpert, and Rowan Atkinson’s legal name is “Mr. Bean.”

That’s also the case with Charlie Day, who’s best known for his incredible portrayal of Charlie Kelly, the illiterate wild card who’s spawned as many figurative messes as the literal ones he’s tasked with cleaning up as the janitor at Paddy’s Pub on It’s Always Sunny in Philadelphia.

They do have some things in common—Day is an immensely affable guy and a fairly accomplished musician—but unlike the fictional Charlie, the actor doesn’t subsist on a diet primarily consisting of cat food and cheese or (at least as far as I know) beaten a rat to death with a baseball bat wrapped in a metal chain.

Day took a somewhat unconventional path on his way to helping craft what recently became the longest-running live-action comedy in television history. He played baseball at Merrimack College while pursuing a degree in art history, but after being cut from the team, he turned his attention to acting and honed his skills on campus and at a theater festival where he earned Paul Newman’s seal of approval.

He veered onto a more traditional path by moving to New York City after graduating in 1998, where he found himself leading the cliché life of a struggling actor by waiting tables to supplement the paychecks he earned from bit parts on procedural crime dramas and in television commercials.

It’s safe to say Day has come a long way since It’s Always Sunny debuted in 2005, but he recently returned to his roots by linking up with Mountain Dew for a new campaign where he does what he does best (with a little bit of help from Chicago Bulls guard Zach Lavine).

Mountain Dew was kind enough to give me the opportunity to interview the man who’s played a major role in shaping one of my favorite television shows of all time, and I pounced at the chance to conduct a virtual interview with Day where he talked about his acting career, his time growing up in Rhode Island, and the time he was treated to an unexpected serving of rum ham while out to dinner.

Brobible: You got a chance to go back to your acting roots a bit in these new Mountain Dew spots. Were you worried that you lost a step since your early days plugging shoe companies and pain medication?

Charlie Day: You know, I’ve been fortunate enough to get to do a few commercials along the way. I did some a little while ago for Direct TV, and then I did have some Super Bowl spots for Tide.

I thought the Mountain Dew spots were really funny. If I think something’s funny, then I know I can do it. I enjoyed being back at it.

You took an interesting journey to where you are today. You played college baseball before sort of stumbling into theater, but I’m curious about when you sort of realized that you were funny enough to turn it into a viable career.

It took a long time for me to know I could make it into a career, but I always knew I could do funny. Funny was a survival mechanism. I used to be like two feet tall and covered in freckles. I knew I wasn’t going to wow anyone with might or intimidation.

I also always had really funny friends. It felt like everyone I knew was funny: my friends were funny, my family members were funny. Funny was just how you approached the world.

The fact that I was able to turn it into a living, well, that was a bit of effort and luck, but I don’t think I really knew I could do it until It’s Always Sunny was a hit.

You sort of touched on your upbringing in Rhode Island on an episode of The Always Sunny Podcast where you talked about the New England sense of humor; this idea that your best friends are the people you give the hardest time. Why do you think that is?

Before New England was the sports dynasty land that it became, during my childhood, we were used to coming in second a lot; a lot of Red Sox heartbreak, a lot of Patriots heartbreak. I think that combined with—didn’t they just get 23 inches of snow in Rhode Island?—you’ve got to keep a sense of humor.

I don’t really know what it is. I’m still friends with so many people from Rhode Island. One of our longtime editors on It’s Always Sunny in Philadelphia was a kid from my town who ended up in California. He was cutting together reality shows like Deadliest Catch and he was looking for a scripted job.

I said, “I know this guy’s funny. I wonder if he’d be willing to do it.” Since then, he’s gone on to win an Emmy—not for our show, of course—and now he’s doing Marvel shows.

There’s just something about that New England sense of humor. You’ve got to have a little bit of an edge. That’s how you survive.

If you had to pick a last meal that consisted entirely of Rhode Island culinary staples, what would it look like?

Oh man. I’d have to go down to Flo’s Clam Shack and have a couple of stuffed quahogs. I’d maybe wash it down with an Awful Awful or a Del’s Lemonade or, of course, an ice-cold Mountain Dew.

You have a leading role in I Want You Back, which features you playing yet another character that resorts to an elaborate scheme after seeing their life spiral out of control. Is there some traumatic personal experience you’re drawing from or has it just sort of happened naturally?

I’ve been very fortunate to play out most of my trauma onscreen and been able to avoid too much of it offscreen, thank goodness.

For whatever reason, people seem to get a kick out of me in a situation that’s highly stressful.

I obviously can’t let you go without asking you a question bout the show people know you for the best: Reno 911!

But to piggyback off the culinary question, I know Charlie has some interesting taste in food. Have you ever been subjected to or had the chance to try any of the unconventional items he loves? I think you may have had a bite of a Grilled Charlie?

I have had a bite of a Grilled Charlie. I have not had milksteak, although I have had some raw jellybeans.

I actually had rum ham once. I was filming in North Carolina and I went out with the cast to eat. The bartender sent me over a tall glass of rum with five slices of ham in it. It actually wasn’t that bad. Of all of the concoctions Charlie has had in It’s Always Sunny, that was the most palatable.