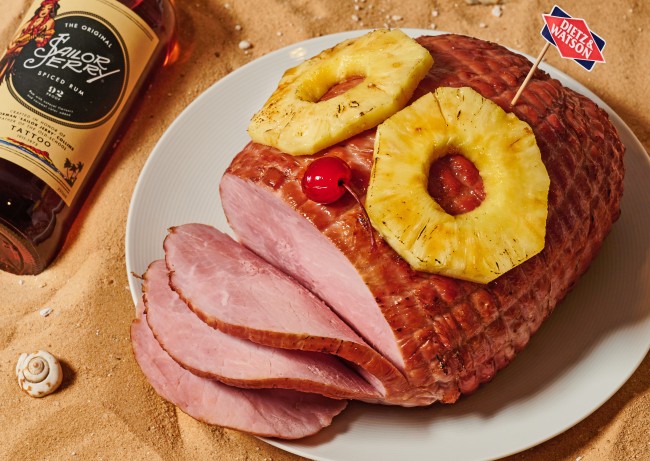 After a seemingly eternal wait, It’s Always Sunny in Philadelphia will finally make its grand return on Wednesday when it comes back for its 14th season, and as we learned during its most recent run of episodes, the show has not lost its fastball.

The Gang has consumed an impressive amount of booze over the years and its members have figured out a number of innovative ways to get their drink on, whether it’s chugging wine during Chardee MacDennis, doing the same with the help of a soda can, or downing a gallon of Riot Juice.

However, I don’t know if anyone has come up with a more ingenious way to consume alcohol than Frank, who introduced the world to the concept of “rum ham” in season seven’s “The Gang Goes to the Jersey Shore.”

When I was in college, a few of my friends and I attempted to recreate Frank’s incredible innovation by soaking a ham in a container filled with rum much to the chagrin of our taste buds.

However, my greatest dream has now been realized thanks to Sailor Jerry.

The company decided to celebrate the return of It’s Always Sunny by teaming up with Dietz & Watson to come up with a recipe for rum ham that doesn’t taste like sadness and regret.

If you’re looking to pair a drink with your rum ham, you’re in luck.

Add all of the ingredients to the bowl of a blender, puree until smooth. Serve immediately

I can’t think of a better meal to have on Wednesday night.