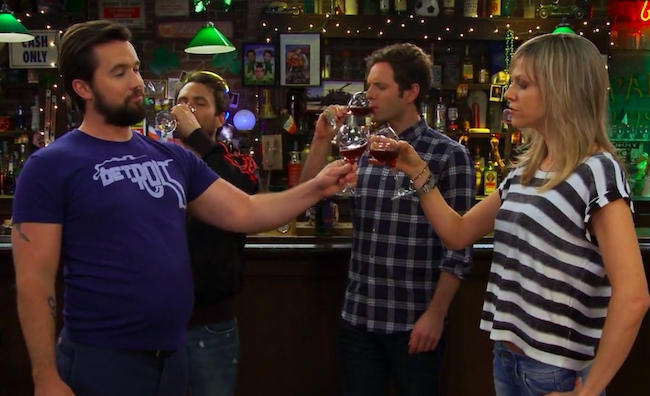 It’s hard to imagine a more dysfunctional cast of characters on television than The Gang from It’s Always Sunny in Philadelphia, who have done everything in their power to inadvertently make their lives miserable over the course of its 12 seasons.

Many of the show’s best moments were made possible by drugs and alcohol, like the time Dennis and Dee bought one rock of crack and eventually ended up sitting on a stoop drinking beer out of paper bags and jamming along to Biz Markie.

There was also the incident where Frank spiked Charlie’s beer with acid, which led to the introduction of one of the most iconic characters in the history of television: Green Man.

It’s also impossible to forget Charlie’s huffing habit, which resulted in the creation of “Day Man,” one of the top musical achievements of the 21st century.

There’s also the countless incidents where everyone has gotten absolutely hammered thanks to Chardee MacDennis, The Wade Boggs Challenge, and the gallon jug of bad decisions known as Riot Juice.

It’s safe to say everyone in The Gang is a semi-functioning alcoholic but it turns out they might have more of a problem than I ever could have imagined.

Alcohol.org recently did a deep dive to figure out exactly how much the characters on It’s Always Sunny use the various substances that have repeatedly led to their downfall.

It turns out the answer is “a lot.” 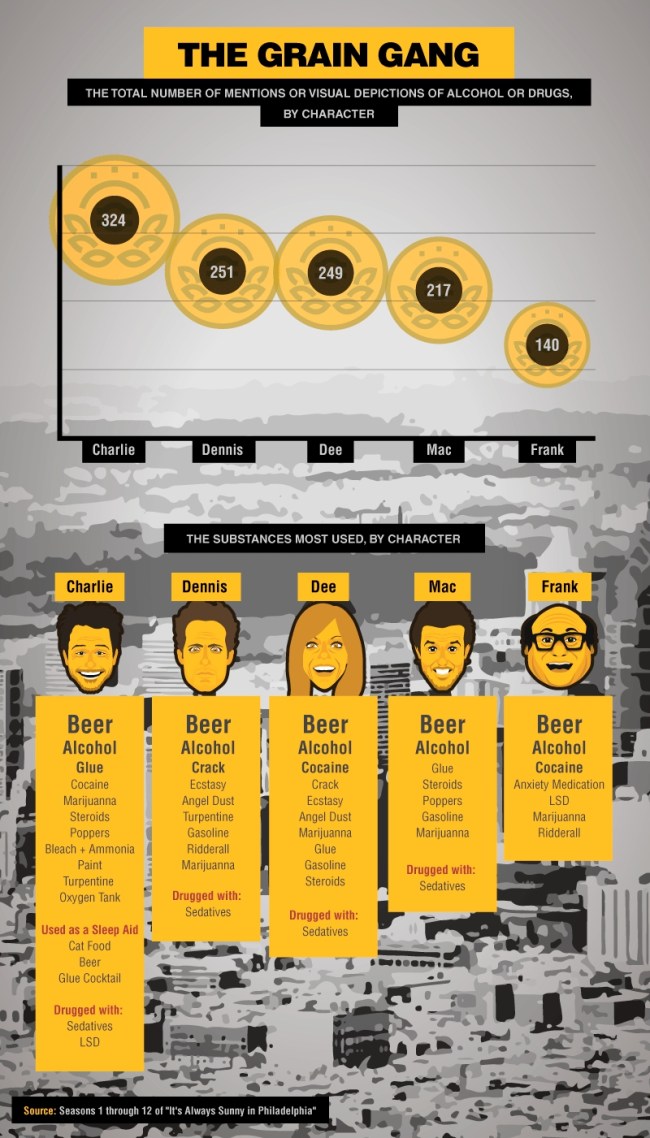 They also looked at which days of the week are the most debaucherous, with Wednesday taking home the crown and the weekend trailing at the end of the pack. 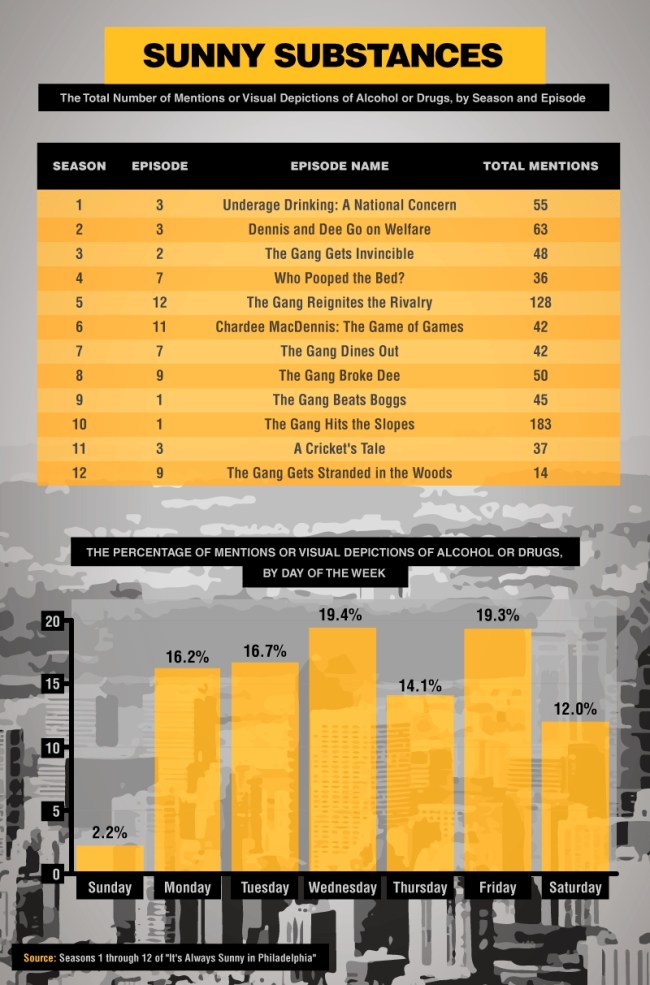 The study also featured a breakdown of the specific types of alcohol the characters have consumed over the course of the show (there was, unfortunately, no differentiation between canned wine and vino served in a more traditional way). 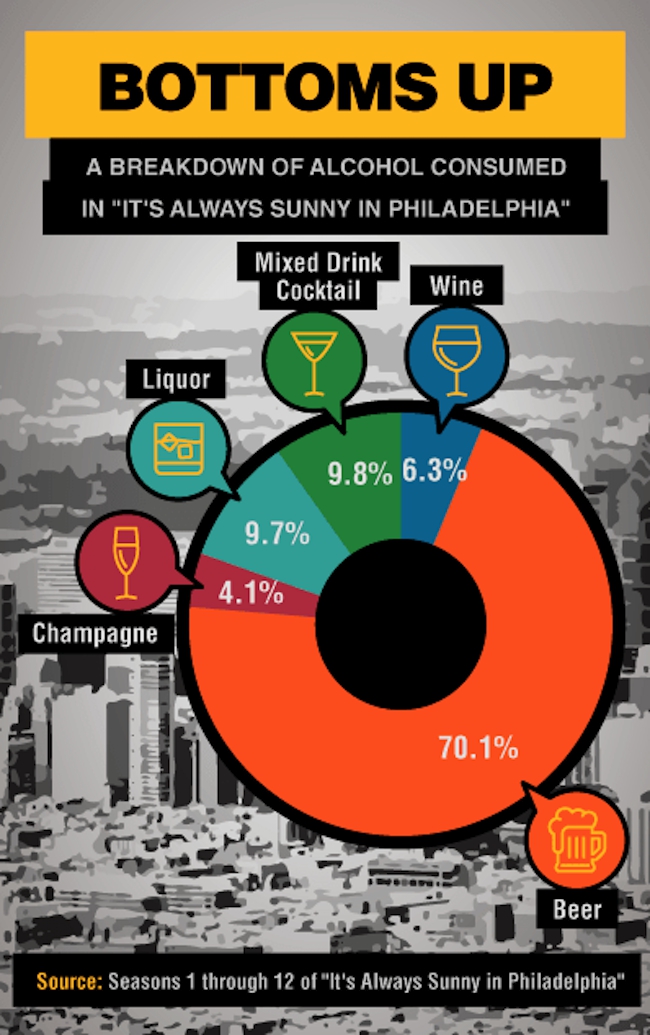 I’d like to thank everyone on It’s Always Sunny for making me feel so much better about some of my questionable habits.