Warner Bros. Developed And Then Cancelled A New ‘Batman: Arkham’ Game, So I Hereby Invite Them To Catch These Hands 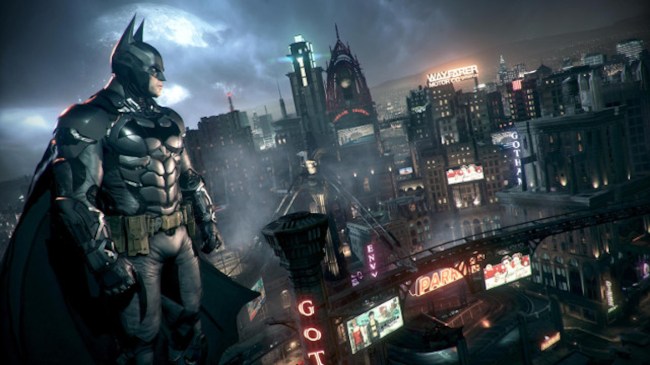 If there’s one thing about my personality that I know to be true, it’s that I fucking love Batman.

I was born in the year 1993, which was right smack dab in the middle of the run of Batman: The Animated Series, which is simultaneously one of the greatest Batman portrayals of all-time and one of the best cartoons of all-time: full stop.

So, naturally, as a toddler running around with shit in my pants on a Saturday morning, the first thing I did was watch Batman cartoons, and it’s no exaggeration to say that it changed my life, as I currently have a job where I write about things like, you guessed it, Batman!

As I’ve grown older, the way Batman has been adapted has constantly changed. There were the Val Kilmer and George Clooney-starring bombs in the 90s and there was the seminal Christian Bale trilogy in the mid-2000s. There have been various versions of cartoons, both for children and adults. But of all the Batman adaptations in the last 25 years, arguably the best of them all is the Batman: Arkham video game series.

Beginning with Batman: Arkham Asylum in 2009, the Arkham series is easily the closest the average person can get to being Batman themselves, as the open-world nature of the game essentially makes the Arkham series a “Batman simulator”.

Unfortunately for fans, though, the series came to an end in 2015 with the release of Batman: Arkham Knight, seemingly tying a bow on one of the greatest video game franchise.

But because Warner Bros. — similar to you and I — likes money, it was only a matter of time until they began developing the next Batman game. And they did. Until they… didn’t?

According to a post on 4chan (which, truth be told, I still don’t fully understand what 4chan is), a sequel to Batman: Arkham Knight, which was set to feature Bruce Wayne’s son Damian, was in production at WB Montreal (who created Batman: Arkham Origins) before ultimately being canceled.

Check out these images from the cancelled DC Batman Arkham game starring Damian Wayne. This game was most likely a Batman Arkham Knight sequel, but we cannot know for sure. Those of you that have followed the channel for a while recall me describing some of these. pic.twitter.com/mUQ6TXbUmq

Very cool designs wondering why gorilla grodd was planned for this tho he’s typically a flash villain pic.twitter.com/1t9knUjMUK

Luckily for Batman fans, though, Rocksteady Studios — who developed the other three games in the Arkham series — have been quietly working on a project for a few years now that’s widely suspected to be a new Batman video game franchise.