Rumor Has It A New Batman Game, ‘Arkham Legacy’, Is On The Verge Of Being Announced 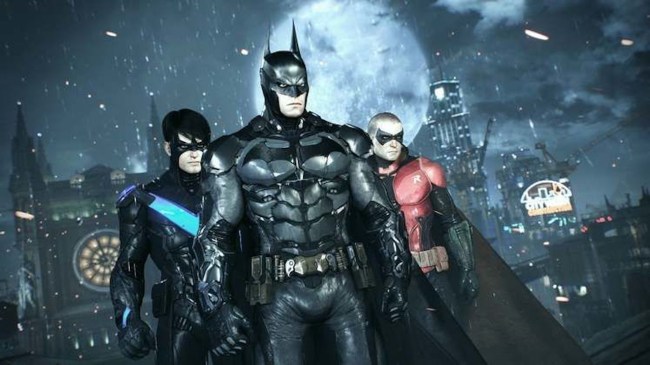 While Marvel Studios has thoroughly dominated Warner Bros. over the last decade when it comes to their comic book movies, there’s one aspect that Warner Bros. actually has the upper hand in… and that’s video games.

However, by the time 2020 rolls around, it will have been five years since Arkham Knight was released, making next year the perfect time to unleash a new Batman game on the world, especially with the next generation of gaming consoles due out next year as well.

And according to recent rumors, that may be exactly what we get.

The rumor comes from Twitter user Sabi, a well-known industry insider who has had numerous correct scoops throughout 2019, from Super Smash Bros. Ultimate’s DLC characters to nearly 50 percent of E3’s announcements back in June. In other words, they are reliable, and recently took to Twitter to talk about the unannounced game, noting it’s called Arkham Legacy. Sabi also makes notes of the entire Batman family being playable, and even discloses that they’ve seen screenshots of the game. [ComicBook.com]

I got this info about a week ago, just realized I never tweeted it till now. I got screenshots

This isn’t the first time in recent months that there have bee murmurs about a new Batman game, as WB Montreal also got in on the fun, as they teased something Batman-related just last month.

When considering the impending release of the next generation of consoles and Robert Pattinson’s The Batman in 2021, 2020 seems to be the legitimately perfectly time to drop the next assuredly epic Batman video game.