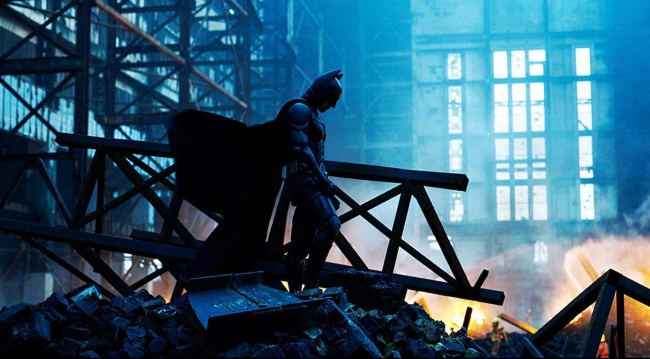 At BroBible, in order to figure out who writes about what, we have a Slack channel where we post the content we plan on writing about. Naturally, most of the Batman stuff comes from me. And today, when sharing the news of this Batman podcast that’s coming to Spotify, co-worker Chris joked that one day they’re going to run out of Batman ideas and do an MTV Cribs-style tour of the Batcave.

First of all, I’d watch that, let’s just make that clear. Second of all, he’s certainly not wrong, as the proliferation of Batman content can definitely seem tiresome to those who don’t particularly care about the character. But that’s not you and I now, is it? Exactly. Fuck the haters. Of course I’m gassed up for a narrative Batman podcast from David Goyer, the screenwriter of Christopher Nolan’s Dark Knight trilogy. Have you checked out that Wolverine podcast? Incredible. And I except the same, if not more, from Batman Unburied.

The series, which is set to release next year, is set to explore the darker aspects of Bruce Wayne’s psychology, which is similar to what fans are expecting with Matt Reeves’ The Batman, which is also scheduled to hit theaters in October 2021.

It comes after Spotify struck a deal with Warner Bros and DC Comics earlier this summer to produce and distribute an original slate of narrative scripted podcasts. Batman Unburied is the first project to emerge from the deal.

Spotify will serve as the exclusive platform for Batman Unburied, which will be developed and produced by Goyer’s Phantom Four production company in association with Warner Bros.’ Blue Ribbon Content. Phantom Four’s Keith Levine will also serve as an executive producer alongside Goyer.

“I’ve been a fan of narrative podcasts for some time and was looking for the right story — returning to Batman seems like the perfect opportunity,” said Goyer. “We’ll be using the unique advantages of audio to dig into the more nightmarish members of the Dark Knight’s Rogues Gallery.” [via Deadline]

Batman Unburied will be Goyer’s latest contribution to DC lore, as he’s also credited as a screenwriter on Batman Begins, The Dark Knight, The Dark Knight Rises, Man of Steel, and Batman v. Superman: Dawn of Justice.