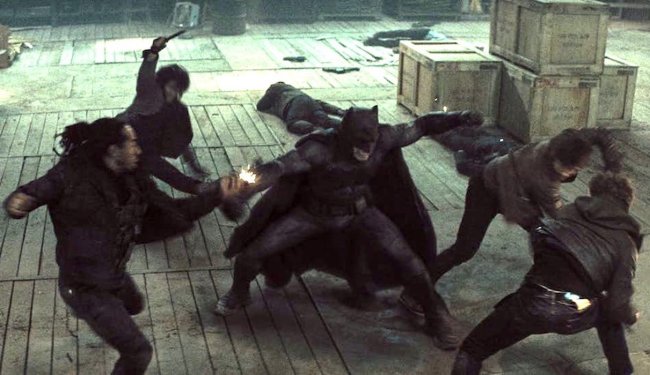 Despite my virtually life-long Batman fandom, I — like everyone else — have my issues with Batman v. Superman: Dawn of Justice. First and foremost being, frankly, that it shouldn’t exist. Why? Because Man of Steel is awesome, I genuinely believe it’s one of the best superhero films ever made, and for that reason, it deserved a proper sequel instead of the backdoor franchise-starter that was BvS.

All that said, though, my opinion of Batman v. Superman is generally far more positive than the average critic, particularly when it comes to Ben Affleck’s Batman. Yes, while I wish the DCEU would’ve waited to properly introduce the character, perhaps even in his own film, Affleck’s portrayal of the Dark Knight, particularly when it comes to his physicality, is one of the strongest parts of the film.

Speaking of physicality, my opinion of Affleck’s Caped Crusader is so high that I believe that the warehouse scene in the third act is the best Batman brawl we’ve ever seen in a live-action film, and I’m apparently not alone, as a recent viral breakdown of the fight makes quite the compelling case that perhaps Affleck’s Bat is the best one yet.

Viral breakdown of the warehouse scene in Batman v. Superman

This is the BEST commentary EVER!!!
Lmao 😂 He needs to do the commentary on the dvd. #Batman #BenAffleck #RestoreTheSnyderVerse#MakeTheBatfleckMovie pic.twitter.com/QlXhWWE6eJ

STOP PLAYING WITH BENJAMIN AFFLECK LIKE HE DIDNT HAVE THE BEST HANDS AS BATMAN 😤 #TheBatmanMovie pic.twitter.com/72izogJP7n

In case these clips got you in the mood, Batman v. Superman: Dawn of Justice — and the rest of the DCEU films — are currently streaming on HBO Max. Matt Reeves’ The Batman is also now streaming, which is perhaps the better option.