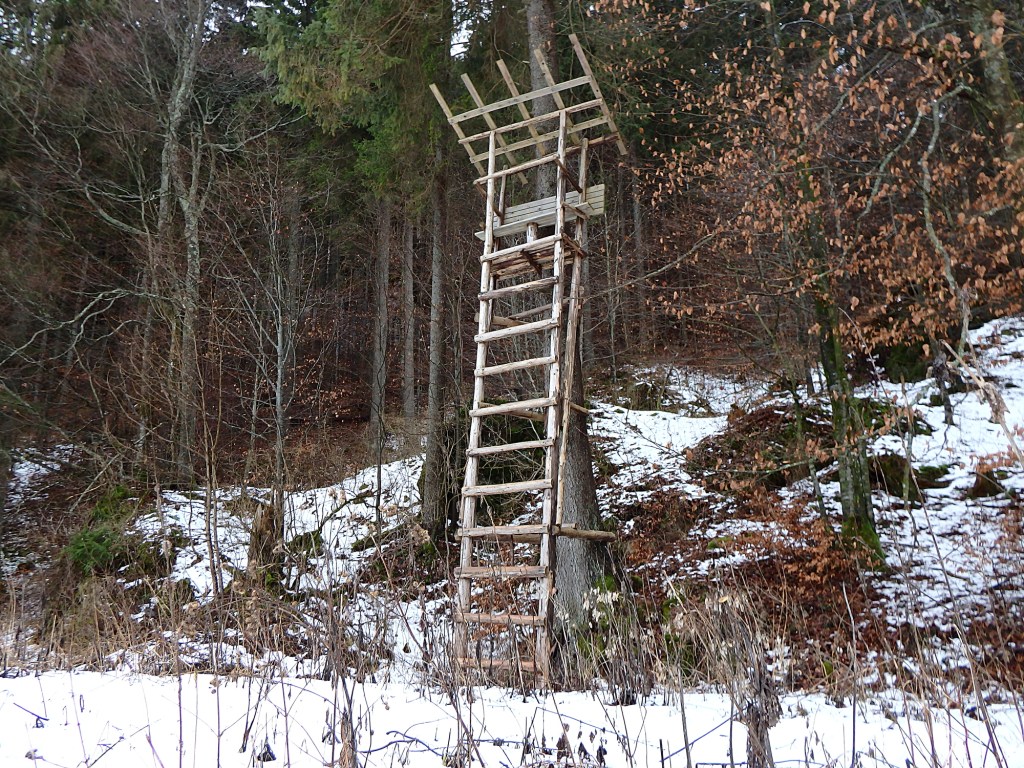 Wes Marchak and his brother certainly didn’t expect to come face-to-face with a 4-year-old black bear while they were sitting in their tree stand. It was Wes’s brother’s first-ever hunting trip and even if it was his 1,000th hunt there’s no way he would’ve expected a bear to come running up the tree to their stand.

Likewise, that black bear most certainly never expected to find itself eye-to-eye with human beings when it scrambled up the tree to get away from the other bear that was either showing signs of aggression or playing too rough. The bear was unharmed but pretty darn startled when it realized that it escaped the other black bear only to find itself chilling with some guys.

According to the video’s description, it was filmed in Manitoba. The mother bear was nowhere in sight and apparently long gone. While the bears might look relatively small they’re estimated at a few years of age (4 to 5 years old) and those bears were out there on their own to fend in the wild.

The hunter says one of the bears ‘had a big piece of food in its mouth’ which the other bear didn’t like so that’s why it got chased up the tree. I’m guessing he pulled his camera out to film the action when he saw the kerfuffle but didn’t expect the bear to come sprinting up that tree to within a few inches.

The full clip is only a minute long but those memories will last a lifetime. The hunter told For The Win they didn’t harm the bear cubs who were believed to be siblings. The pair of hunters were out there in search of a much larger bear they knew to be in the area.

I guess I only have one question left, could a pair of bears rip apart an allegedly ‘Bear Proof YETI Cooler’? We know ONE grizzly bear couldn’t take down a YETI Cooler. Here’s the proof. But what about two bears? That’s an experiment I need to see.