Bear Gets Trapped In Car, Obliterates The Interior, Then Escapes Through The Windshield 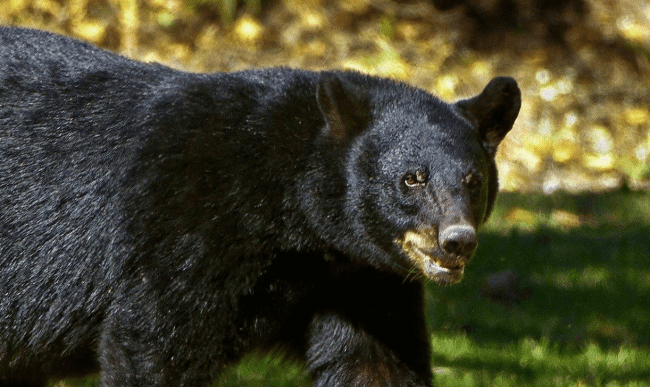 Imagine waking up one morning to seeing your car’s hazard lights flashing, then going to check what’s going on only to find out a bear was stuck in your vehicle.

Because that’s what Ashely McGowin of Buncombe County, North Carolina woke up to recently when she let her dogs out to do their business at 6:30 one morning.

“They [my dogs] started barking as if something was out in the yard,” McGowin told WLOS News.

Turns out that the bear had been in her SUV for quite some time as neighbors reported hearing a honking vehicle around midhnight – hers.

“I captured a few moments after the mom [bear] punched through my front windshield,” she said.

That she did, as video shows the bear crawling through a hole in the window and then climbing on top of the car and running off.

A bear got trapped inside SUV, destroying the interior… and a kid’s homework

It remains a mystery as to how the bear got into the SUV. McGowin believes she might have left the car door unlocked and the bear let herself in the vehicle. High winds from Wednesday night’s storm could have forced the door shut.

Once the bear and two cubs ran off, McGowin went out to survey the damage and found the door frame was bent and panels, dashboard and seats were all damaged.

After the ordeal, McGowin says she was more stressed for the bear than she was about her destroyed SUV.

“It was very distressing for me to see the mama bear in distress and suffering inside my car,” she said, but also noted that “it seemed like she was happy to be united with her cubs, and they just wandered off.”

McGowin’s son Seth, on the other hand, had other concerns.

Excuse me, but this lady's son is clearly a star. You need to watch this segment. This kid is going places. https://t.co/xftQSWE2dU

“The bear, sadly, peed on the book I was reading at school,” Seth said. “And ate my homework.”

Sure, kid, your teacher is totally going to buy that one.