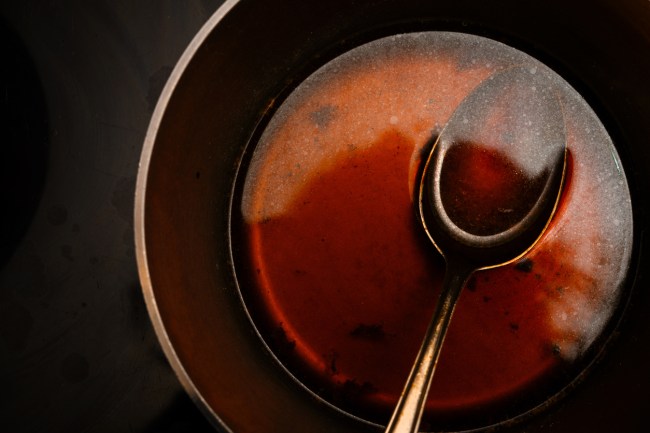 Healthy-minded eaters have always been on the hunt for new foods that sport enough purported health benefits to cancel out the overwhelming taste of sadness they typically have, and over the past decade, they’ve been blessed by an embarrassment of riches thanks to the almost overwhelming number of crazes the world has been witness to.

Prior to the 2010s, the only thing people thought kale was good for was lining the salad bar at Pizza Hut but that all changed when it gained a reputation as a “superfood” capable of making people throw hands over the last bunch at Whole Foods like it was the only television left at a Walmart on Black Friday.

From there, the floodgates open and out spill a torrent of acai berries, ancient grains, kombucha, smashed avocados, matcha, carefully-engineered combinations of vegetable proteins masquerading as meat, and an incredibly diverse array of milks made from a variety of sources with a notable lack of nipples.

People have always been willing to pay a premium for things if they’re under the impression it’s better for them and there is perhaps nothing that highlights that truth better than the bone broth craze that began a few years ago, which saw people happily shell out $10 for a cup of soup noticeably absent of the ingredients that make soup seem appealing in the first place.

The same can be said with the “mocktails” that bars started to offer to customers who wanted to get the drinking experience without any of the alcohol, and while I think it’s great people who don’t drink or have to drive don’t have to resign themselves to a seltzer with a lime, I’m not paying $6 for one regardless of how artfully a rosemary sprig is placed into it.

It turns out mocktails aren’t an entirely new phenomenon, as I recently came across an unearthed recipe sourced from a book from the 1970s for a concoction called a “Beef Fizz,” which was pretty ahead of its time when you consider it also features some of the beef broth that became all of the rage 40 years after it was published.

From a 1975 Kitchen Companion drink guide. Cool off on a hot day with a frosty Beef Fizz. @70s_party pic.twitter.com/06knnH1VWh

I first saw a picture of the recipe while browsing the subreddit devoted to cocktails, and while I thought it sounded pretty gross when I first read it, I actually gagged a bit when I realized it didn’t call for two ounces of broth as I had assumed but rather two full cans of the stuff.

I’ve whipped up some gross shit over the years in the name of science but even I have a line and the Beef Fizz is where I draw it. The same, however, cannot be said for a number of other people who’ve decided to give it a whirl, so if you’re wondering how it is, I’ll defer you to their reviews.

Some of you foodies may have seen the old school recipe for “Beef Fizz” floating around on social media, our chef @KiddyTank was on the case to see how it tastes. Let’s watch. pic.twitter.com/MlF9mWaP0i

We do truly stray further from God’s light with every day that passes.