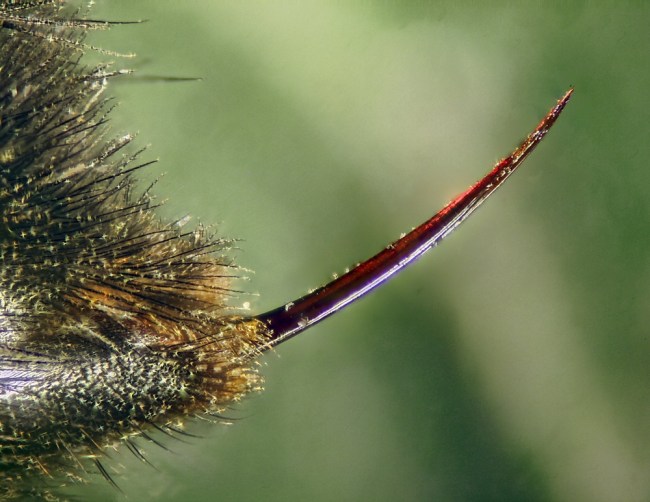 I don’t care who you are or what your profession is, sticking your bare ass on a beehive to win a dare is a bad decision. Just because you’re a beekeeper and think you’re the cock of the walk when it comes to bee stings it doesn’t mean you’re going to handle getting stuck on the chocolate starfish with aplomb. In fact, because you’re a beekeeper you are probably overestimating your ability to handle bee stings because you spend all your time around bees but are covered up in protective gear which gives you an inflated sense of security when you take the beekeeping gear off.

This guy from New Zealand was bet $1000 NZ dollars (about $650 USD) to stick his bare ass on a beehive. He is a beekeeper, and he accepted the bet. In fact, he won the money. As for the state of his Milk Chocolate-colored Whispering Eye? I cannot say. But, this doesn’t look like it was worth the $650, does it?

According to the Daily Mail, 27-year-old Jamie Grainger had to keep his bare ass touching the beehive for a full 30 seconds in order to win the bet. We can see him screaming out in pain during the challenge, and protecting his twig and giggleberries with his life. He later said that “$1,000 bucks for 30 seconds” is the easiest money he’s ever earned. I’m not so sure about that, however. Sticking your unprotected butthole on top of stinging bees sounds like the exact opposite of ‘easy money’ to me.