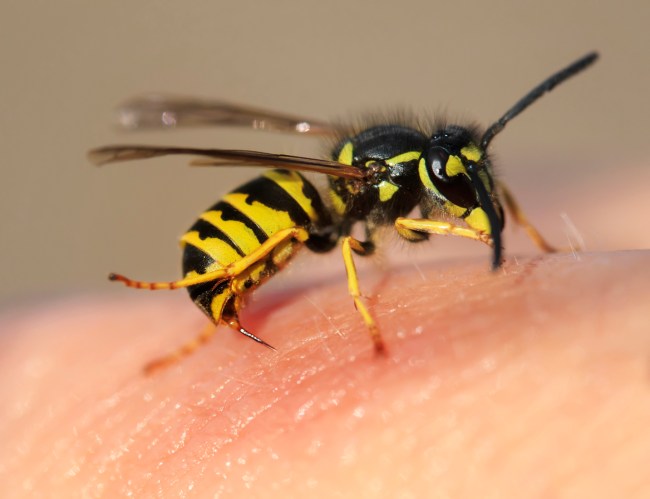 Anyone whose been in New York longer than 72 hours knows that Times Square is an anxiety-inducing human cesspool that sane people avoid like the kid with a cold sore in the blunt circle. I’ve lived in New York for four years and would rather give a vital organ to a convicted criminal than spend a fleeting moment in that hell hole.

As if New Yorkers needed another reason to avoid the heart of Midtown West, a billion angry bees should do it.

A section of Times Square was blocked off today as an unprecedented swarm of bees descended upon a Sabrett hot dog stand at the corner of Broadway and West 43rd Street.

This sidewalk near Times Square is cordoned off because of BEES pic.twitter.com/hp5Cx3MYhC

NYPD Sgt. Sheldo said, “people were just swatting in front of their faces.”

The incident prompted a police response and required the services of Officer Michael Lauriano, known as NYPD’s ‘Bee Guy.’ Lauriano used a special vacuum to vacate the bees and take them to a hive outside the city.

Authorities cordon off section of Times Square to respond to a massive group of bees that are swarming a hot dog stand.

There's a guy vacuuming bees off a hotdog stand in Times Square and you can watch it happen LIVE here https://t.co/Tzmqa02Lnp pic.twitter.com/WKRCB2wJ9Q

So there you have it. That’s what’s buzzing in The Big Apple.

Why do I even try.